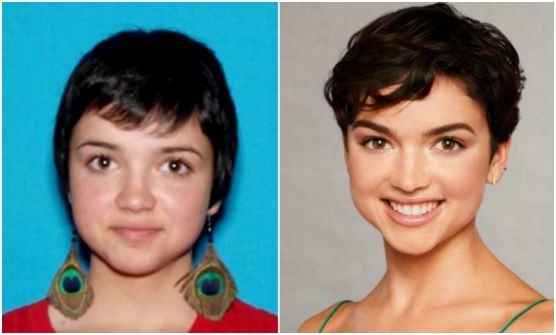 This story is amazing on so many levels I don’t even know where to start. First of all, as I have said before, if a good looking and single loved one (usually a girlfriend or boyfriend between the ages of 21 and 30) goes missing, check The Bachelor first before you panic.

In this case, Bekah Martinez, 22 went missing after going up to Humboldt County to work on a marijuana farm.

Yes, on Nov. 18 her very distraught mother was concerned after not being able to get in touch with her daughter and reported her missing to the Humboldt County Sheriff’s Office.

It was a Facebook  story titled “The Humboldt 35: Why does Humboldt County have the highest rate of missing persons reports in the state?” that initially clued fans in to the sitch that Martinez was officially a “Missing Person”!

The North Coast Journal reached out to the Humboldt County Sheriff’s Office, who contacted Martinez over the phone and promptly removed her from the missing person’s list.

“(The mother) had phone contact with Bekah via a friend on the 12th,” said Public Information Officer Samantha Karges. “Bekah had told her she was coming to Humboldt County to work on a marijuana farm and she wouldn’t be able to contact her for a week or so.”

As a side note: As a fellow epicurean looking for an adventure and some extra cash, I too went “missing” in Humboldt County a few years ago. So I can tell you why you would be “missing”. Those farmers are very secretive about their locations and likely confiscated the cell phones of all of their workers. Additionally, you are not allowed to drive to or from the farms so she would not have been able to drive out to make a phone call. It’s not nearly as glamorous as one might think. Anyhow, perhaps the most amazing thing about this story is the ADORABLE drivers license photo that became part of the public record as a result of the missing persons report.