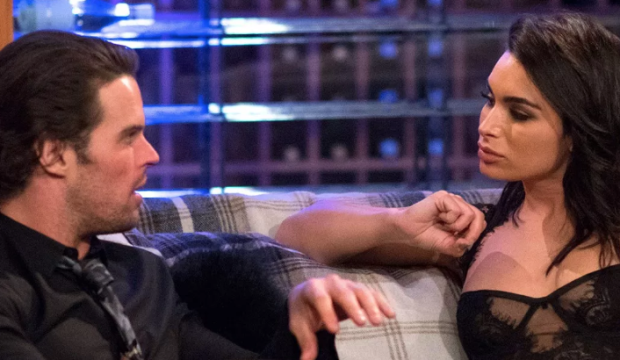 One of the sweetest relationships to emerge from Bachelor Winter Games was Ashley Iaconetti and Kevin Wendt. The two seemed perfectly matched for each other–both very good-looking, but a little socially awkward.

Ashley even surrendered her closely-guarded virginity to the hunky 33-year-old Waterloo, Ontario firefighter–off-screen. But shortly after the show aired the two decided to go their separate ways.

“Kevin and I are really good friends. We’ll continue to be in each other’s lives in some regard, and he’s just like, the best guy,” Iaconetti told ET.

“[He's] the sweetest guy, who just wants to shower a girl with love and affection and emotional protection and real protection, like, all the good stuff that you want in a husband.”

“It was definitely my first official relationship,” Iaconetti told ET. “It definitely teaches you what you want in your next relationship. It’s all a building process to get you where you’re supposed to be in the end.”

“I think that the last one was maybe a little too serious right off the bat, and I need a little more flirty banter, a little bit more playfulness,” she added.

Reality Steve suggested that Kevin just was not as committed to making things work as Ashley was, but regardless the two are over but still friends. As for her epic crush on Bachelorette alum Jared Haibon she said,

“Time will only tell,” interestingly adding that that she brought Haibon with her at the event on Wednesday.

“Sure, [I'm open to that],” she said but insisted if anything does happene between the two it will be off-camera. Hmmm, sounds like maybe Jared is warming up to the idea!