Garrett Yrigoyen opens up to Becca Kufrin about his ex wife 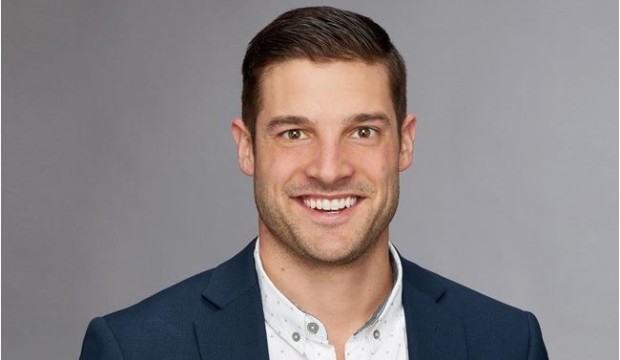 On Week 4 of The Bachelorette Becca Kufrin and her 15 remaining men head to Park City Utah after completing Week 3’s rose ceremony and sending Ryan and man-bun Mike packing.

First though, model Jordan Kimball gets a pair of gold boxers and his nemesis David Ravitz, returns with a very battered face and broken nose after an epic bunk bed injury…still wearing his hospital bracelet and everything!

Needless-to-say David immediately gets a rose for his very courageous effort.

But he also returns to his room for a long winter’s nap.

To Park City, Utah for one of the best dates anyone on the show has ever had. Garrett Yrigoyen gets the first one-on-one date on week 4. The couple took a chair lift and arrive at an Olympic bobsled camp! There the two are met by two former Olympians, who had been bobsledding together for 9 years and eventually fell in love!

At dinner, Garrett revealed that he had been married before. Her name is Kayla Cunningham by the way. They were only married for a few months after being engaged for a year, but things fell apart quickly as Garrett confessed that his ex was constantly demeaning him.

Kufrin seems really worried that Garrett is carrying a tiny bit of baggage, but she also admits that she is falling for him and gives him a rose. The two end their very romantic date by dancing in front of the crowd at a country concert.

You can always tell who the Bachelor/Bachelorette REALLY likes because said person always gets the FUNNEST/best date and this was hands down the best date in Bachelorette history. Clearly Garrett isn’t going away anytime soon!