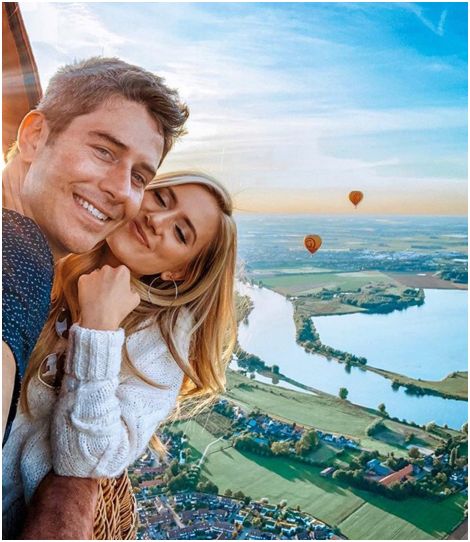 Well I guess Bachelor producers scored another win today as former Bachelor Arie Luyendyk Jr. and Lauren Burnham announced that they are pregnant!

The relationship of Arie and Lauren is sort of a success although Arie reneged on his first choice Becca Kufrin right after the season aired and picked his runner-up Lauren Burnham, 26.

The couple revealed the good news to Us Weekly:

“I kind of had a feeling that I might be pregnant. So my friend insisted on bringing a pregnancy test over,” Burnham, said, adding that she made Arie, 27, read the results.

“Arie came out with the test in his hand and tears in his eyes. He was like, ‘You’re pregnant!’”

The couple has been engaged since March 2018 and are set to wed in January 2019 in Hawaii–and you can bet Bachelor cameras will be in tow to capture the blessed event.

The couple didn’t take any chances, after they took their first pregnancy test, they drove to the store and got six more tests to confirm.

“Lauren took all of them and they were all positive,” Arie gushed. “We weren’t trying, but we are so excited. It’s going to be a whole new chapter in our lives.”

“October was miserable. I had really bad morning sickness and barely left the house,” ….. “But over the last week I’ve started feeling a lot better, so it’s nice to have my energy back.”