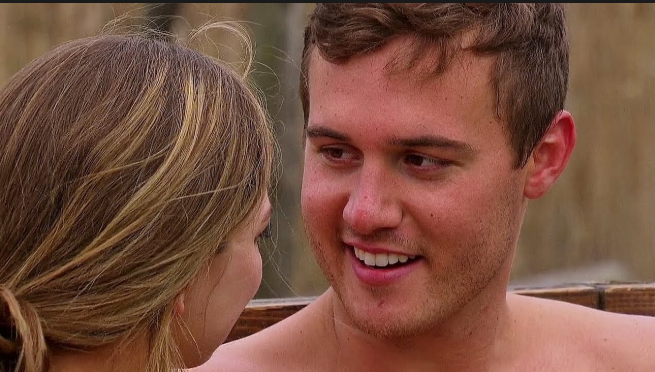 Looks like someone tracked down the infamous “Calee”–the alleged jilted ex-girlfriend of 27-year-old Pilot, Peter Weber. And just in the nick of time because we are days away from Hannah Brown’s Bachelorette finale.

Peter has insisted that he was single and that he recently had his heart broken. But an interview with ET, Peter’s ex, model Calee Lutes, 26, is telling a different story —  claiming she was blindsided by the sudden breakup in late December of 2018 just before he left for the show.

Calee, says she dated Weber for five months before the unexpected split.

Calee Lutes: Peter and I met through a dating app in June of 2018. I live in Atlanta, and he lives in L.A. He had just been hired by Delta, so he was in Atlanta for a month for training. We hit it off and decided to continue dating long distance after his month was up.

Calee claims the two were still able to see one another — every week/every other week and went on vacations together around the U.S. and Switzerland in November. 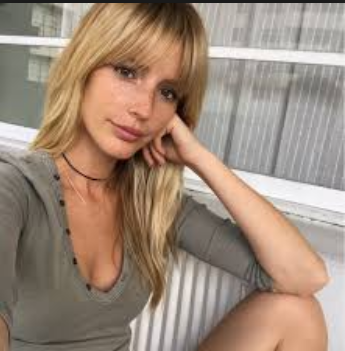 How serious was your relationship? Did you say “I love you,” and did you meet each other’s families? Did you have plans to live together?

We were very serious. He told me he loved me for the first time in October, and we talked almost every time we saw each other about how we were going to make it last long term. He wanted me to move out to L.A. to be with him, and he wanted us to get an apartment together. I was open to moving out there for a year or so, to give our relationship a fair chance, but he told me he didn’t want me out there temporarily… he wanted me out there “forever.” We also talked about kids, down to the logistics of how we would fly them back and forth between L.A. and Atlanta to visit my family if we did settle down in California. We talked about all of this right up until he broke up with me.

We did meet each other’s families. He met my entire family pretty early on, and I first met his family in August when he invited me on their family vacation in New York. Whenever I would visit Peter in L.A., I would stay with him and his parents, so I spent a good bit of time with them.

How did your relationship end?

The whole month of December, everything was normal. Early in the month, I was working in Santa Barbara, so he drove up to see me all three days I was there. We talked yet again about the future, and he asked me if I could see myself living in Santa Barbara with him. ….He flew to Atlanta a week later to spend the weekend with me, and again, everything was perfectly normal. We said our goodbyes, and that was the last time we saw each other. The rest of the week, we talked every day, as we always did. We talked about plans for New Year’s, and of course, we wanted to spend it together, so I bought a ticket out to L.A. We also were planning a trip to Costa Rica in March.

A few days later, (two days before Christmas), we FaceTimed and he said that we should end our relationship before it got even more serious. He didn’t really have a reason why. I was devastated and completely blindsided. To do this right before Christmas was cruel, it not only ruined my Christmas, but my family’s as well.

I didn’t understand why it was so urgent to end things so suddenly. I thought there was another girl, so I looked at his recent followers on Instagram, and noticed that a Bachelorette producer had recently followed him. I didn’t think much of it at the time, but I knew there was something he wasn’t telling me. He immediately deleted EVERY trace of me on Instagram. He deleted our pictures, which is expected, but he also untagged me from photos, deleted my comments from his page and went as far as unliking my photos/deleting his comments from my Instagram as well.