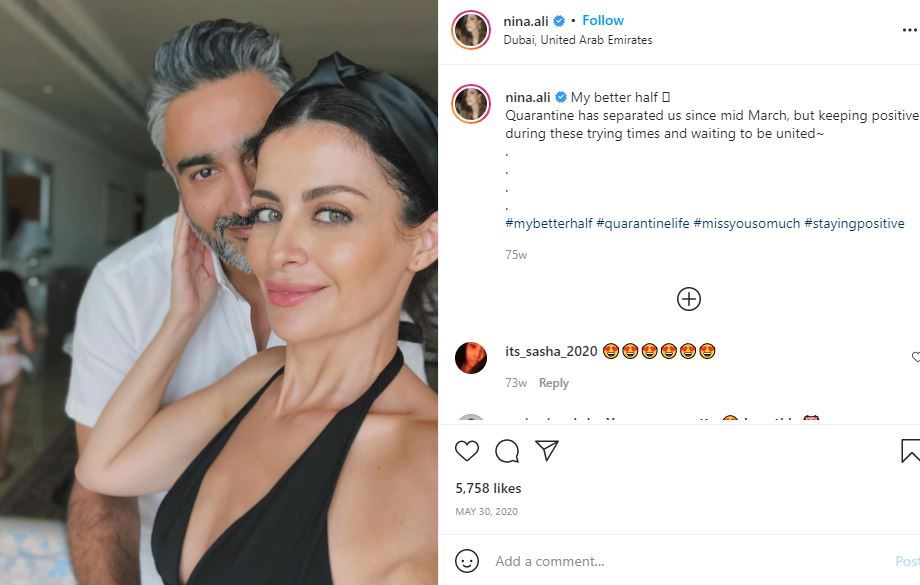 Season of The Real Housewives of Dubai: 1

Family: Nina’s parents moved the family to Austin, Texas, when she was four years old. She grew up in Austin and only re-located to Dubai after falling in love with British businessman Munaf Ali.

The couple have three children: Sophia, Nour, and son Ayan,

Season of The Real Housewives of Dubai: 1

Her father is Bahraini and mother is Emirati

She married Pakistani business man Mustafa Khawaja, CEO of Khawaja Holdings, in 2019, but evidently they have divorced since she is now single.

She has a son named Maktoum age 6 from a previous marriage.

In 2014 at age 26., Sara was chosen by Sheikh Sultan Bin Mohammed Al Qassimi to be the youngest board member at the Sharjah Chamber of Commerce and Industry.

​It’s hard to find anything substantial on Sara. There is just a lot of cringey fluff out there. Quite honestly, it’s hard to discern what either her or her husband actually do, but they clearly make a lot of money doing it and have a  lot of powerful connections. But if she is as boring as all of her bios I don’t expect her to last long.