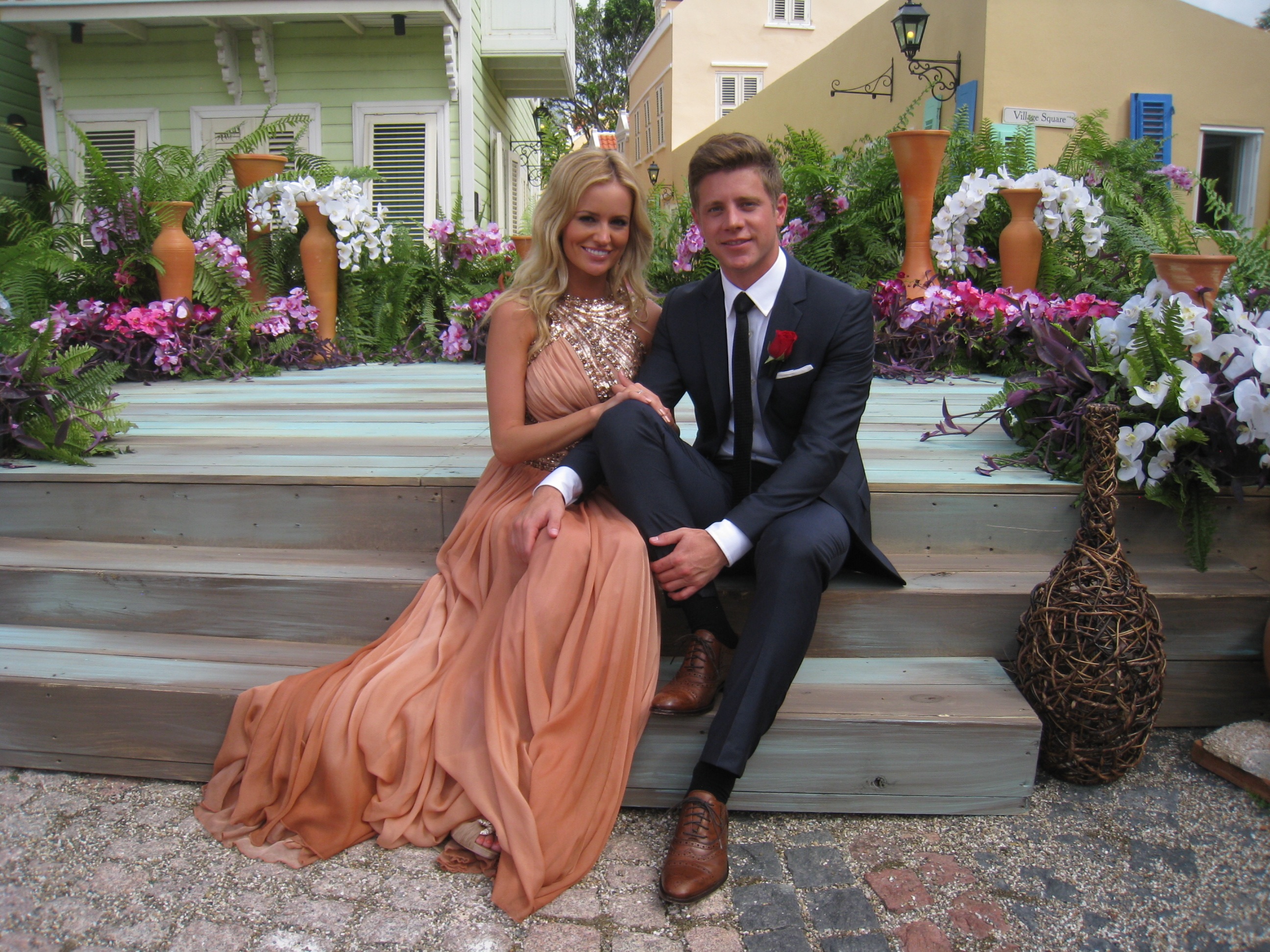 We know producer’s of The Bachelor love to engage in counter-intelligence to make sure the show is as “real” as possible so that leads us to believe this latest report of what was happening behind the scenes of the Jef and Emily finale is likely true. Apparently, a show insider revealed that producers made Jef believe Arie Luyendyk, Jr. was going to be Emily’s choice in the final episode. (That’s not so hard to believe, right? We know Neil Lane certainly makes the winner think they are gonna lose). So in their attempts to make sure Jef didn’t think it was a “sure thing” they made him believe he lost to Arie. Remember how confident Ben seemed that he was definitely the winner of Ashley Hebert’s heart? I could tell by the way he was acting that producers had made him feel it was a done deal and he was her final choice.
The source said that as the final rose ceremony approached, producers were in Jef’s “ear” the whole time — telling him that Emily was near meltdown in her final decision and was “leaning towards choosing Arie.”

The source went on to say:

“By the time Jef got to the final rose ceremony he thought for sure he was a goner, and when Emily chose him you can literally see the shock on his face and that is the moment that producers were looking for.

Of course, Jef then proposed to Emily and she accepted. Poor Arie went into that situation believing that he was being chosen, and of course, he wasn’t.”

This report sounds right on to me. Jef still seemed a bit surprised so even if Emily had told him behind the scenes it was him, producers jumped in to make him think she had changed her mind.

So now you know contestants! If producers tell you you’ve won the final rose, get ready for Dumpsville, population you!