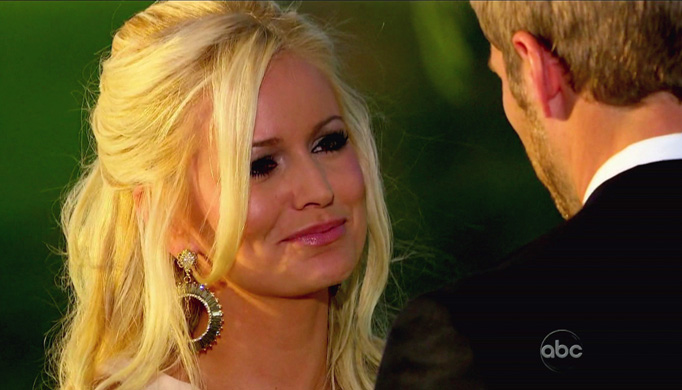 Previous Bachelor Brad “I really dodged a bullet” Womack sent some telling tweets right after the Jef and Emily break up. Immediately after the big announcement Brad tweeted:

“Another one bites the dust.”

He then tweeted a few hours later:

“Best words I’ve heard in awhile. I’m not a common denominator. Do the math. Goodnight America.”

Oh slam! I actually expected Brad to stay silent about the split, but his weigh-ins are quite telling. Seems like Emily “poked the Bear” in a serious way! Brad seems like a pretty diplomatic guy so the fact that he claimed “I really dodged a bullet with that one” when he heard Emily Maynard was going to be the Bachelorette suggests she may have been quite a handful to say the least.

Remember the AFTR episode with Brad and Emily and Emily claiming “don’t poke the Bear” suggesting Brad was the problem with the relationship? I think Emily may be the situation here!

What is Bachelor Sean Lowe's net worth?