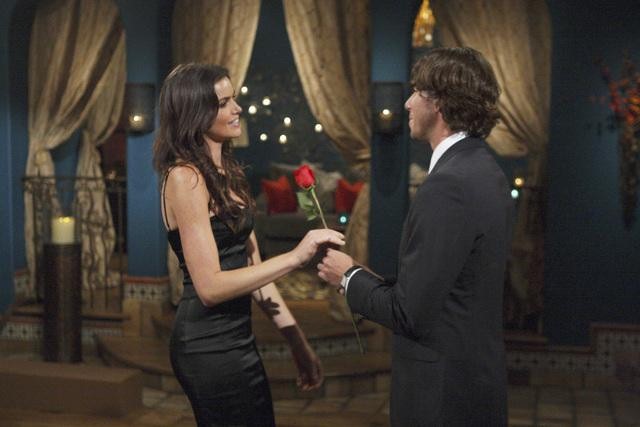 The casting process for The Bachelor and The Bachelorette has always been shrouded in mystery. Occasionally we get little nuggets of what actually happens off camera like when the guys got mad at Andrew Poole for giving a waitress his number and we learned that they are shipped off in white vans to restaurants for meals!

But now Courtney Robertson has lifted the veil of secrecy and released a new tell-all book  I Didn’t Come Here to Make Friends: Confessions of a Reality Show Villain.

According to Robertson in an interview in Parade magazine “Finals Weekend” is extremely intense:

“Finals Weekend is a twelve-hour audition meant to whittle down the potential dates for The Bachelor to about thirty women. But it’s also an important test to see who can make it through the intense interview process without cracking, crying, or showing their true (ugly) colors. They shuttle you to various conference and hotel rooms for different parts of the audition. Not once during the entire day did I see another contestant. From the very start, producers want you laser-beam focused on the show. There are absolutely no distractions.”

Then she offered this little nugget about the first rose ceremony. I have always assumed that after the rose ceremony the remaining ladies all go and crash in their rooms in the mansion, but no they are actually shipped back to a hotel.

“The first Rose Ceremony lasted well into the night and seven unlucky girls got the heave-ho. The sun was coming up and roosters were literally crowing outside. Exhausted and hung over, my seventeen new best friends and I went back to the hotel to recoup. We were allowed to sleep until the middle of the afternoon, but then we had to put on our stinky, rumpled clothes from the night before to do recaps. I was so tired I didn’t even put any makeup on. And that’s when we got the bad news: a producer informed us that the makeup artist was only provided to us for the first night. From now on, we were on our own.”

What really happened between Ben and Courtney in Puerto Rico?