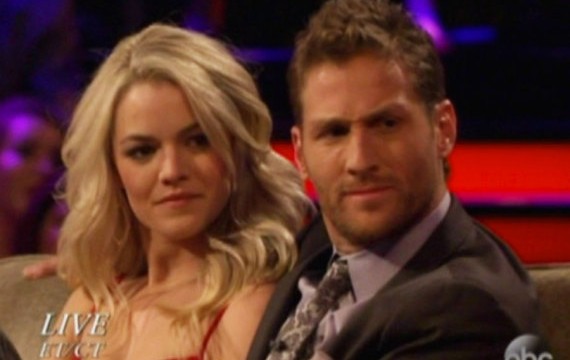 It is hard to tell what is going on with 2014 Bachelor couple Juan Pablo Galavis and his Season 18 winner Nikki Ferrell since they never got engaged, Juan Pablo never declared his love for her, there have been reports that JP is already cheating AND that the couple has joined the newest cast of VH1-s Couples Therapy.

Look Juan Pablo Galavis is first and foremost an opportunist. He never passes an opportunity to make a buck so it’s hard to know if this stint on Couples Therapy is legit or all for show. For all we know they have already broken up.

So, that said, tonight Couples Therapy premiered and we got to catch up with Nikki and Juan Pablo and guess what? Not much has changed!

The two are the first couple to show up to the pad and right away they mention that they have a long distance relationship–Nikki lives in Kansas and Juan Pablo lives in Miami, Florida, an issue complicated by Juan Pablo’s daughter Camila.

Dr. Jenn starts off asking the couple about their future and marriage, and asking if they have a vision of how their relationship would play out.

The 33-year-old Venezuelan footballer in his broken English claims that he “hasn’t thought about it”! He likes to take one step at a time and says he is focused on when they are going to move in together.

“I sometimes feel like he is so nonchalant about things and a lot of things are kind of a big deal to me.”

“I feel like I am so much more into the relationship, than he is”.

Jenn also inquires about JP not dropping the L bomb and all the negative media attention. Once again JP blames it on the language barrier claiming that in his culture they don’t say “I love you”!

Nikki immediately hits it off with Dena from Jersey Shore. I think this budding friendship will be fun to watch.

Well Juan Pablo has not changed a BIT! He is still a bit of a narcissist and a bit of a jerk.

We do know that Juan Pablo eventually breaks down and cries though as seen in a preview clip, but we have yet to see if these two will make it or not!

Jamie Otis claims that she and Doug Hehner are in love and living together!