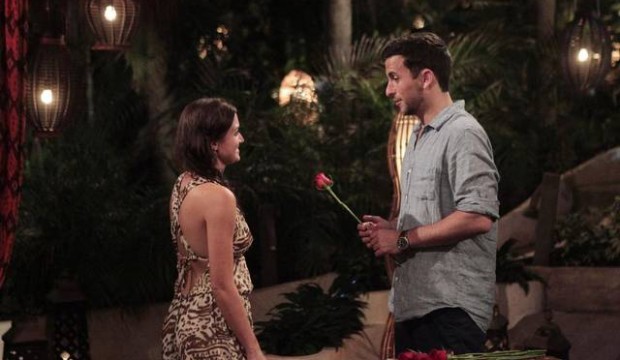 One of the most shocking couples to emerge from season 2 of Bachelor in Paradise was 28-year-old playboy model Jade Roper, from Gering, Nebraska and 28-year-old auto finance manager Tanner Tolbert, from Kansas City, Missouri.

The two hit it off from the get go and provided no drama on the show. But on the finale they had to decide whether or not they wanted to stay together. Jade told Tanner ‘You make me feel like the most beautiful woman in the world, and worthy, and understood, which I don’t think I’ve ever felt from a man before, and I think even though Paradise is ending, I have a sense of peace about it because we both want to work on a future together.’

Tanner, gets down on one knee with an engagement ring saying: ‘Will you make me the happiest man on earth and marry me?’

They were engaged at the Playa Escondida Resort in Sayulita Mexico on June 24th so are they still engaged?

“Had an amazing dinner with @ttolbert05 and his mom and sister tonight.”

On the After Paradise show the newly engaged couple discussed wedding plans. Jade said ‘No date yet but we don’t want to have a long engagement.’

Are Nick Peterson and Samantha Steffen still together?