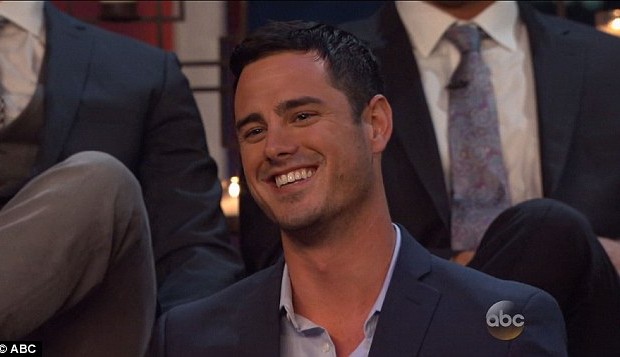 The Bachelor 2016 will premiere on Monday, January 4th, on ABC at 8PM. Season 20 just finished taping and host Chris Harrison, 44 promises there will be lots of drama (and so do some insiders) on the show.

“Ben is going to be a phenomenal Bachelor,” Harrison tells Good Morning America. “But at the same time, when you have somebody who is a great catch, there will be drama. I can’t wait for everybody to see this season.”

“I think everybody is really going to fall in love with this guy,” Harrison gushed about 26-year-old software sales rep and 2016 Bachelor Ben Higgins. “He’s just a very sweet, sincere guy.” Higgins became famous on Kaitlyn Bristowe’s season of The Bachelorette for confessing that he felt “unlovable” because he was no longer a virgin. He came in third place, behind runner-up Nick Viall and and winner Shawn Booth.

We already know about a few ladies who will bring some drama. Newscaster Olivia Caridi, 23 is accused of going on The Bachelor for fame and dumping a boyfriend right before appearing on the show.

Caila Quinn, 23 is also accused of being fake and dumping an exclusive boyfriend to appear on the show. Lace Morris, 25 will allegedly be the show villain for some time. And we will have s set of twins competing for Ben’s heart.

Here is the first official trailer for season 20…..