Situation: I think I am responsible for Lala Kent breaking up with her ex boyfriend Hayes 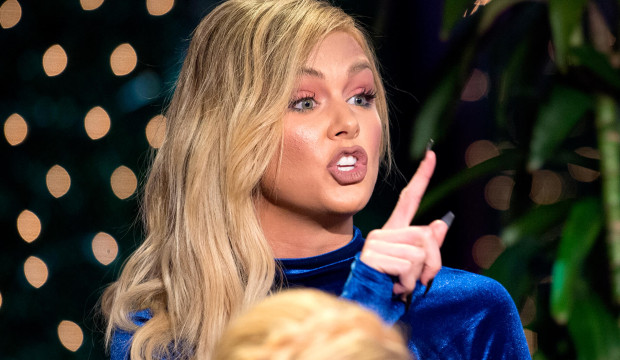 I am just now catching up on episode 3 of the season 4 Vanderpump Rules Reunion and I am shocked to hear that Lala Kent and her ex boyfriend, Jacksonville Jaguars football player, Hayes Pullard, are no longer speaking! And I’m horrified because I think it’s my fault.

On the reunion host Andy Cohen brings up the infamous “rim job” comments made by James Kennedy and Lala is visibly upset with James for disclosing this personal info, claiming that this is the reason that her and Hayes are no longer speaking.

“We cant even speak”, Lala says.

Tom Sandoval is heard in the back ground saying to James “he didn’t sign up for this, but you did.”

And yes, she did. She released his name to me.

I reached out to her in November because she was talking about being stuck on her ex boyfriend and I found the comments really intriguing since she couldn’t seem to move on and date anyone because she was hung up on this guy—and had been for years!

Additionally, she mentioned that James was not her “type” but Jax Taylor was. So naturally I was curious about who the ex was.

She told me that she met Hayes 4 years ago when he was playing football at USC and that they were still very close.

I certainly didn’t say anything mean about the relationship. And I CERTAINLY did not know the rim job revelation was coming out back in November. It was an innocent story about how Lala was emotionally still in a relationship with Hayes and was not even emotionally available for James Kennedy or anyone. But it’s my fault that his identity is out there and that is ultimately the reason that they are no longer speaking, according to Lala.

Lala says on the Reunion, “to have someone that I cared about very deeply no longer in my life is a really sh!tty thing”.

It’s just that after James shared the rim job revelation with the world in the dentist office — now the public could connect two and two.

So I am sorry Lala for being the source of the riff. That was not my intention. Additionally, the RJ is so not a big deal, really. I can’t imagine Hayes will hold a grudge for long.

Come on Hayes! Give the girl a break. No one cares about a rim job. Everyone has their kinky idiosyncrasies. Revealing that you enjoy an RJ is like revealing your boyfriend likes a blow job. Its not like you like wearing an adult diaper.

RJ is so PG-13. Really look at the emails we have been getting from people on the adult diaper sitch? I can’t even print most of them!

As someone who is already prone to feeling guilt, this situation is really riddling me with guilt. But to console myself, I have to say this should not have been that big of a deal. And I did not betray Lala’s confidence in anyway. It’s simply that this interview happened way back in November.

It was not my intent to reveal the identity of the ex boyfriend who enjoyed a rim job.