This just in: Roberto Martinez is rumored to be the next Bachelor 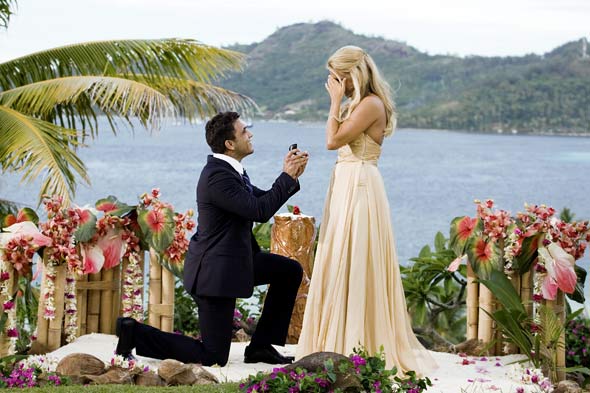 His engagement to Ali Fedotowsky didn’t work out, but Life & Style can exclusively reveal that Roberto Martinez is giving reality-show romance another go — as the next star of The Bachelor! “He’s already signed the contract,” a production insider confirms to Life & Style in the new issue, on newsstands tomorrow.

“They chose him because he’s very likable,” the insider tells Life & Style. While Ali claimed the split was “100 percent mutual,” the insider notes, “in the back of Roberto’s mind, I’m sure there’s some enjoyment in getting revenge on Ali.”

We here at Ok! Here is the Situation would be especially stoked if the next Bachelor is Roberto because he’s currently living in sunny San Diego, CA, which is where we are based….which means we could (hopefully) stalk some of the production shoots. Hee Hee.

Although Life & Style reported this exclusive nugget, ABC has yet to confirm, but it does seem to be pretty solid intel. And the Twitterverse has been all abuzz with the news all afternoon!

For some fun background, you should read my amiga C Lo’s piece on how she knew Ali and Roberto’s relationship was doomed based solely on understanding the ancient personality tool, the enneagram.

'The Bachelorette season 8' Kalon McMahon: Why does Erica Rose call him a liar?

‘The Bachelorette Season 8′ episode 4 recap: Your faves weigh in