Did Emily and Arie enjoy ‘Fantasy Suite’ time together off-camera?

Emily Maynard became the first lead in Bachelor/ette history to turn down the fantasy suite for all 3 of her suitors — Jef Holm, Arie Luyendyk, Jr., and Sean Lowe. But, we were wondering if perhaps fantasy suites did happen –  just off-camera, since Emily is a mom? This latest report in US Weekly suggests that is exactly what happened. We don’t really like trusting information from anonymous “sources,” but the allegation is worth consideration and it may explain why Arie was so upset. 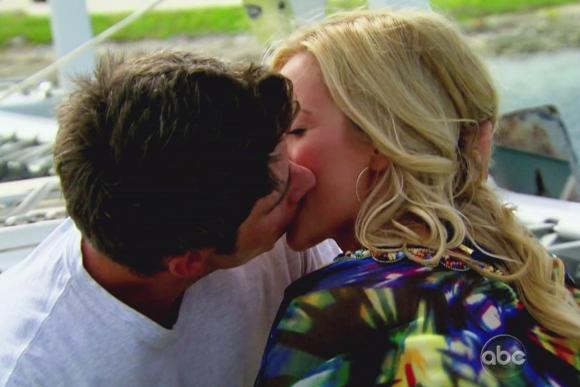 A source told Us Weekly,“the two did get intimate in their fantasy suite.” And that this was the reason he was so furious when Emily ended up rejecting him pre-rose ceremony.

“He stormed off,” off-camera after being rejected by Emily screaming, ‘You just slept with me!’ It wasn’t shown on TV.”

Hmmmmm, we will take this with a grain of salt, just like the report that claimed Arie walked off pre-rose ceremony after getting cold feet.

But, I did think Emily must have had real feelings and a real attraction to Arie since every date showed the two in a non-stop make-out session. But this report does beg the question… Did any hook-ups occur off-camera? Those fantasy suites would be a shame to waste. And Maynard did stay

in the fantasy suite with Brad Womack.

It did seem odd to me that Arie was so confident that he would receive the final rose and his reaction did seem like Emily may have led him on a bit more than we saw. It reminds me of Ashley Hebert’s season when Ben was so confident he was her choice. Later it came out (from Ben) that Ashley slept with him the night before the rose ceremony. So a pre-final rose hook-up would not be unprecedented.

Either way, Arie is such a gentleman so I’m sure Arie will never kiss and tell!!

Why did Jillian Harris and Ed Swiderski break-up?