Emily Maynard reportedly gets the shaft from her first choice! 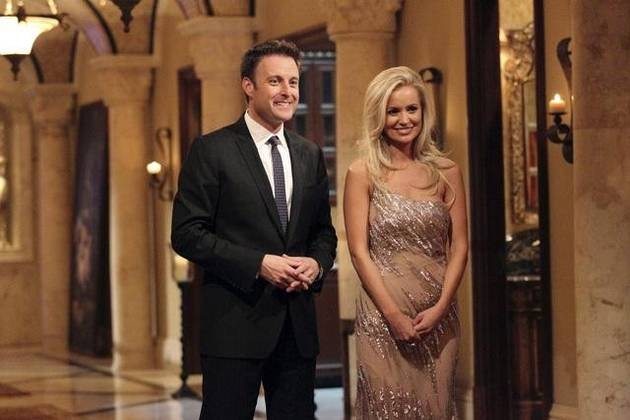 We won’t reveal spoilers here at Ok! Here is the Situation, but the mainstream media (as in not Reality Steve) aka ABC approved ENews is reporting that the 26-year-old lead Emily Maynard was left hangin’ at The Bachelorette alter by her first choice! Choice number one supposedly leaves right before the final rose ceremony. Ouch!!!

You have probably seen rumors about who wins but we won’t address them here. Let’s just say it’s either Jef Holm or Arie Luyendyk Jr.

In Touch magazine reports this about choice number one: “He said ‘I don’t think we know each other nearly enough to even be entertaining this; I don’t think we should get engaged.’”

According to the source, Emily begged him to re-think his decision.

“She was crying and begging him to reconsider,” a source tells the mag, adding she shouted: “You’re the one I want to pick!” Oh! If this is true (and we actually kinda don’t think it is–it may just be ABC counter-intelligence), this is gonna be the most uncomfortable final rose ceremony in Bachelorette history! A Bachelorette where the lead — the supposed uber catch of all catches — is rumored to plead with the winner to accept his prize?

“He [Emily's fiance] told me, ‘We’re gonna get married, and we’re gonna have kids.’”

This has the potential of being an amazing situation!! Bravo Bachelorette producers! If true, this is a twist we did not see coming!

Thank you, Jaime Lee Holm: She gave us (and Emily Maynard) Jef Holm