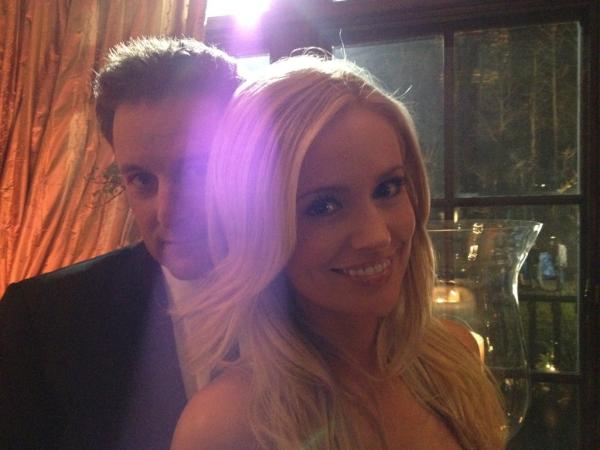 It’s no secret that we love Chris Harrison, so this latest scoop by US magazine that leading lady Emily Maynard is dissing the Emmy-worthy host (see our Chris Harrison Emmy-worthy moments) is troubling to say the least. (Although, we are also well aware that the rag mags LOVE to start grinding out weird stories down at the Rumor Mill right before the finales of The Bachelor and The Bachelorette.)

If you watch the show you know a relationship with Chris Harrison comes with the winning contestant. In the past, we saw him indicate that he would go to dinner with contestants like Jake and Vienna and he apparently stays in touch with Trista and Ryan Sutter. But according to sources, Bachelorette Emily is not on Chris Harrison’s speed dial! — and that has to be the most painful situation of all!

“Chris has the personal info for all the people on the show, but he doesn’t have Emily’s.”

Does this confirm rumors that Emily was a Diva on set? I think so. But, it also might be some PR fodder to squash the ridiculous rumors that were circulating a few weeks ago that Emily Maynard wanted to give the now-single Chris Harrison her final rose.

We know Chris Harrison loves to “stay in touch.”  According to a second source, Emily has been confined to Twitter to engage with Chris. Ouch!! Not even Facebook? A mere 140 characters is all she gets?  “Emily corresponds with Chris via text and Twitter,” says the source.

This is all interesting in light of recent reports about Emily’s Diva behavior.

Allegedly Emily Maynard grilled producers (looks like the guys aren’t the only ones getting grilled!) on the financial backgrounds of the guys. She apparently grilled them on Jef Holm’s People Water company (poor People Water — getting grilled by Maynard, ABC and Ok! Here is the Situation!) and wanted to know if contestants owned their own house!!

“She wanted to know if she could live comfortably,” recalls the source of Maynard. Wow, these “inside sources” just can’t give Emily a break! Can’t we all just get along and hop on board Team There’s No Place Like (Emily) Holm?

Also, I would like to point out that I, too, am confined to Twitter to communicate with Chris Harrison. That’s the real tragedy here. 🙂