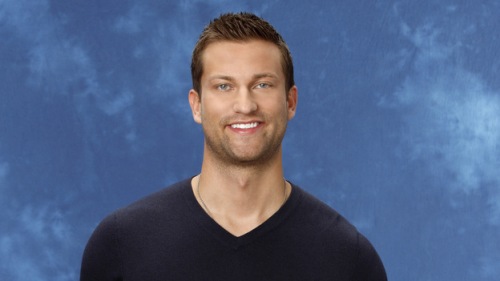 Chris Bukowski has become “the Bachelor” on the Bachelor Pad as in the guy girls are lining up to date or just sleep with. Ladies LOVE the 25 year old Corporate Sales Director from Bartlett, IL.  And I gotta be honest, I’m a bit surprised because he didn’t seem all that amazing on the Bachelorette — anger management issues and all — but things have clearly changed. The amazing ladies have been throwing themselves at him on this season of the Pad. Amazing ladies Jamie Otis, Blakeley Shea and Sarah Newlon have all gotten a piece of the ABC stud this season.  He recently did a press interview Thursday (Aug. 16) and here is some of what he had to say….

“On the two shows, “Bachelorette” and “Bachelor Pad”:

“Going into Emily’s season, I was there for love. I was very close to finding that. I did. But it didn’t work out. I was really surprised how everything went on Emily’s season. It wasn’t easy for me. Going into ‘Bachelor Pad,’ there was only one thing on my mind and that was winning the money … You gotta lie a little bit, you gotta play the game. My personality didn’t change in real life, but on the show, you see a different side of me.”

“On whether he regrets the way he acted on “Bachelor Pad”:

“No, I don’t regret anything. I don’t want to see anybody get hurt, but if you’re going to go on to a game show like the ‘Bachelor Pad,’ you should expect that your feelings will get hurt. People are going to lie to you … I expected a big hug from Jamie [when she got eliminated]. I was shocked that she called me out like that … I was campaigning for her to stay. I really didn’t expect that from her.””

On the Jamie relationship:

“”I was attracted to Jamie and stuff … she was there for the money just as much as I was. We had a little misunderstanding, obviously … I hope [we can patch things up] … I honestly did not know it was that bad for her. I feel for her and I’m sorry, but at the same time, it’s just what I did. I did it and I can’t take it back.””

Again, yet another situation we did not see coming….Chris was clearly devastated on Emily’s season of the Bachelorette but on the Pad the tables are turned and he’s the one breaking hearts. I look forward to the finale when Chris will have to come face to face with the carnage of amazing ladies he crushed along the way.