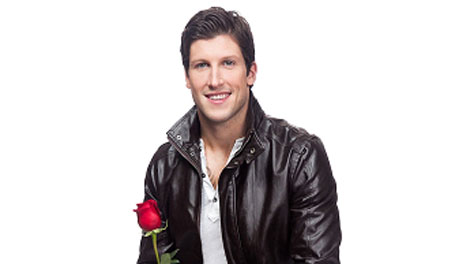 Bachelor Canada you have really outdone yourself in choosing your first official Bachelor! Us Bachelor US fans and citizens of the United States are very impressed with the good looks, charisma, and professionalism of the Canadian lead Brad Smith. It’s going to be hard for State Farm Insurance salesman Sean Lowe (US Bachelor 2013) to compete with the bio on this guy.

So let’s see the stats….

Brad was raised in Hudson, Quebec, by a close-knit family with an older brother and sister. His parents are celebrating their 40th wedding anniversary this year. His father is the Honourable Senator Larry Smith, former CFL Commissioner and former President and CEO of the Montreal Alouettes.

Smith attended the prestigious all-boys private boarding school, St. Andrew’s College, in Aurora, Ontario in his teens. He then went on to study at Queen’s University in Kingston, Ontario, where he received his bachelor of arts in history and played football for the Golden Gaels. (A Bachelor with a B.A. in “arts history”! Very impressive!) Hopefully his education provided him with skills to handle a bevy of situations, especially the situation of dating 25 ladies at the same time!

We have all been curious about the story behind his prominent chest tattoo. Smith lost two of his closest friends within 18 months of each other. Smith says the experience of losing close friends has taught him to always treasure those closest to him and to live each day to the fullest. So in memory of his friends, he got a tattoo on his chest over his heart. (I guess I’m just wondering what side his heart is on, since the rest of us have a heart on our left side.)

We always need to know the dirty details about past relationships for each lead. After all you can tell a lot about a person by their previous relationships. Smith, surprisingly has had only one serious relationship in his life. He dated a woman for two-and-a-half years during college, but found that in the end, they were just not compatible. We can’t wait for that amazing lady to emerge and spill the beans.

WHAT HE’S LOOKING FOR

Brad wants an independent, intelligent women comfortable with herself, active and social. To him, the most beautiful woman is someone who can feel good wearing a ponytail, sweatpants and a sweatshirt.

More on Brad Smith’s season of The Bachelor here

Brad is a movie buff, and loves watching hockey (the Montreal Canadiens), playing a game of trivia and what else…..watching The Bachelor and The Bachelorette!!! 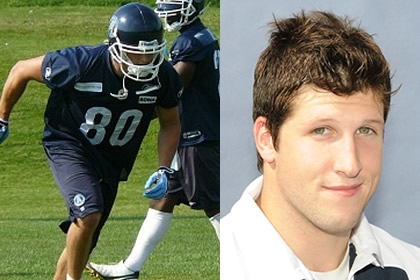