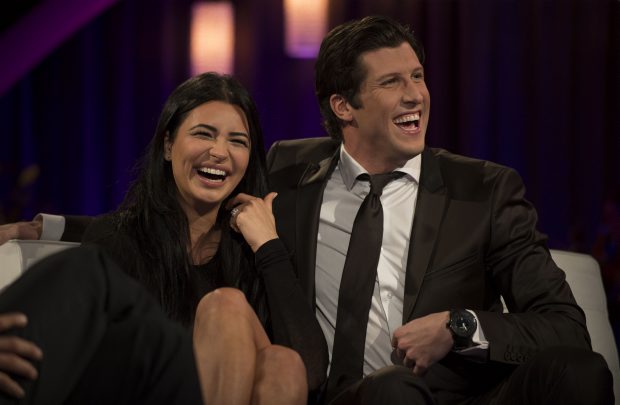 Bachelor Canada’s first and most amazing couple Brad Smith and Bianka Kamber have decided to break up!!!

With heavy hearts Brad & I have decided to end our engagement. pic.twitter.com/kZL1KSyhRJ

Brad Smith became Canadas FIRST Bachelor in 2012. The 30-year-old pro-football player from Hudson, Quebec chose 31-year-old Croatian nurse Bianka Kamber from Mississauga, Ontario. The two moved in with Bianka’s family immediately after the engagement and appeared to be the very happy and in love. They had announced their intentions to marry in June.

“We are officially setting our intention to do it in June of next year.”

“I’d rather do it sooner, but it would be just too much of a rush,” Smith says. “I realized in the Croatian culture, you have about 94 parties leading up to the wedding.”

This is obviously devastating news to all of Bachelor Canada fans!

The two avoided the usual spotlight drama that follows most new Bachelor couples leading us fans to believe these two were drama-free.

The news comes as The Bachelor Canada prepares to cast for a second season, expected to premiere in the fall.

More on Brad and Bianka here!!