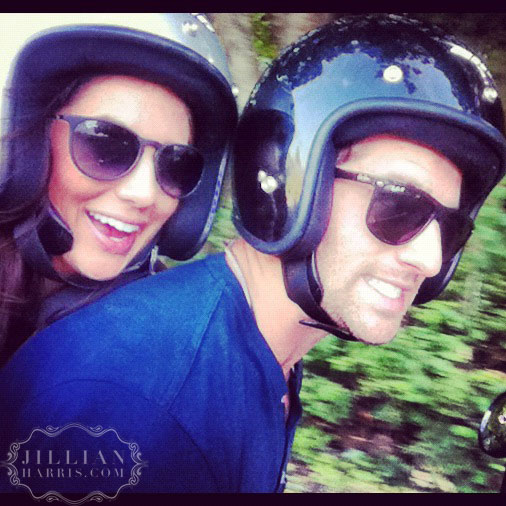 Bachelorette Jillian Harris, 32 is in love and it’s not with Ed Swiderski. Jillian first won our hearts on Jason Mesnick’s season of the Bachelor (Season 13).

Unfortunately she didn’t win Jason’s. But the charismatic Canadian interior designer won the lead of the Bachelorette Season 5 back in 2010 where she chose fun-loving (and lady-loving) Ed Swiderski for her final rose.

Unfortunately the couple was rocked by cheating scandals and eventually broke up. Ed of course turned up on the Bachelor Pad 3 recently where he enjoyed a myriad of casual hookups.

Jillian’s thoughts on Ed was going on the Pad

So it is exciting to hear that Jillian has found love with new boyfriend Justin Pasutto whom she calls “just the most sincere, honest, lovely human being.”

She recently spoke with City Life Magazine about her new love.

“Before meeting Justin, I was so over people telling me that ‘I will find happiness when I least expect it,’” Jillian said.

“I was like, ‘Jesus, I am already happy!’ I really was so happy when I met Justin and that is how I attracted him. It’s not like I wanted to be single forever, but I knew I would be OK if I was. Finding someone to me wasn’t about being in a rush and taking the pressure off, it was about finding that person I couldn’t live without and wanted around me all the time.”

Awwwww! This is an amazing new situation Bachelor Nation!