Courtney Robertson break up claims: She was brainwashed by producers! 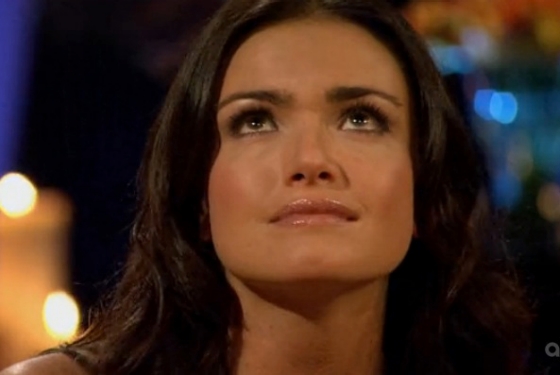 Wow! The latest Courtney Robertson reports continue to shock and amaze. Actually, I shouldn’t say shock — they continue to confirm earlier predictions we made that will forever amaze us. So now that Ben and Courtney have split, Courtney Robertson is now dishing dirt on the reality of her reality TV relationship with Ben Flajnik — even claiming producers brainwashed her into falling for Ben, according to a new report from Radar Online.

Side note: we predicted once the pomp and circumstance ended and the step-and-repeats disappeared that fame-starved Courtney would lose interest in Ben and his sleepy Sonoma lifestyle.

Also, disclaimer: we do believe that Courtney has a case of Borderline Personality Disorder, which means her assessment of their relationship is tainted by a split persona that now devalues the entire relationship.

She claims that Ben was not at all what he claimed to be on The Bachelor….what? You mean he didn’t rent helicopters and take you on picnics in Panama City, Panama? And he doesn’t live in a giant mansion in the Malibu Canyon? And he doesn’t have a real life Chris Harrison side-kick to gently guide and counsel your relationship? She cites an example of Ben giving her popcorn during the filming, which just so happens to be her favorite snack. But apparently that wasn’t Ben’s idea. “I realized it wasn’t him [who had the idea] … it was the producer,” Courtney said.

Courtney also contends she caught Ben kissing another woman during their engagement (remember the tabloid story).  “I put up with more than I should,” she said.

Ummm, I think Ben put up with more than he should.

The Victoria Secret model even claims that “in many ways, [she] felt brainwashed” into falling for the show’s lead suitor Ben Flajnik during the 9-weeks she filmed the ABC dating show.

Of course you were brainwashed into falling for Ben! We wouldn’t watch the show unless we could be sure there was a Neil Lane ring in the end.

“You’re so closed off,” she told US Magazine.

Well this latest claim is certainly a situation. We will stay on top of this news….