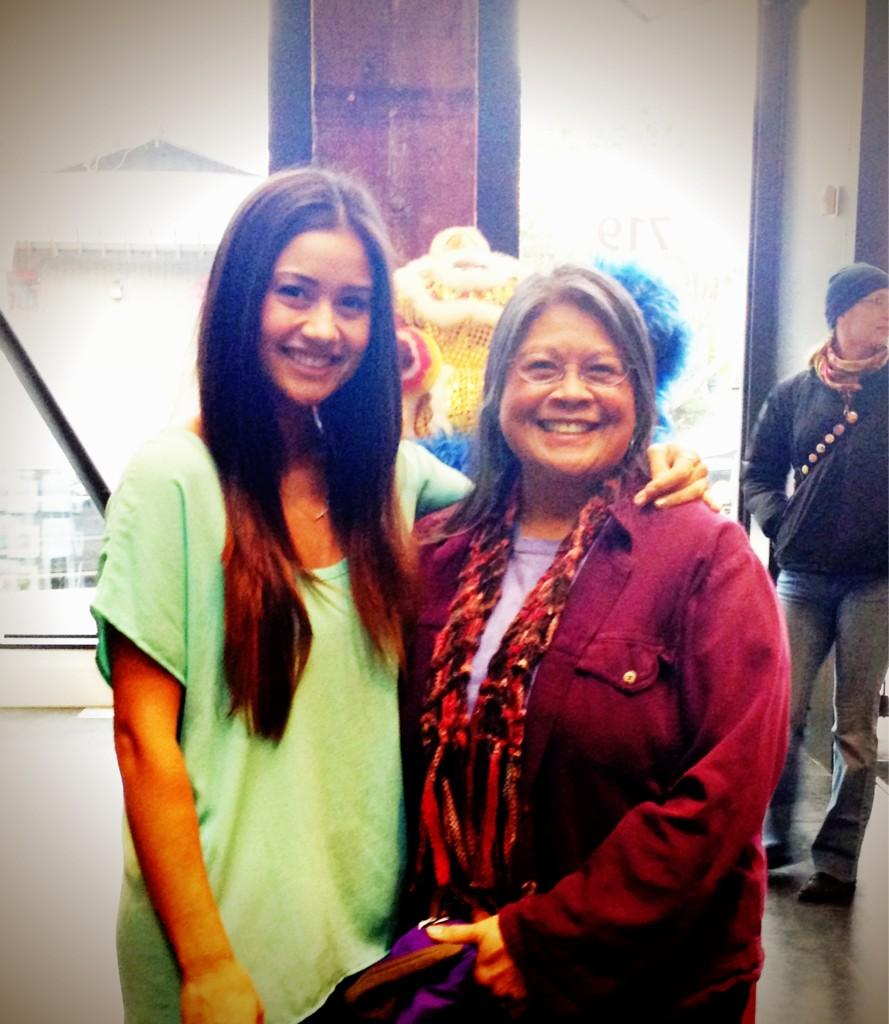 We have an exciting update on this breaking story! Catherine’s father, Carey Giudici has contacted us with some details on his daughter’s heritage! Thanks Carey.

Thanks for the friendly and informative blog post. Actually my ancestors are from Switzerland (hence the Italian name) and Scotland. A number of friends and I will be watching The Bachelor for the first time. Very proud of her.

When she was in kindergarten a TV news crew talking about the US Census asked her on-camera if she knew how many people live in the US and she answered “Eleven”–the number of kids in her class. So she has some prior broadcast experience.

This season of The Bachelor showcases some amazing ladies of varying ethnicities. (Looks like ABC and their attorneys were responding to critics that claim the show is nothing but boring white people). So, this season, casting directors added a little flavor. One flavor we had to investigate was 26-year-old visual designer/vegan food blogger from Seattle, Catherine Giudici, who is the most ethnically enigmatic of the bunch.

And we have a verdict….

Catherine Giudici is of Filipino and Italian heritage (Swiss ancestors are responsible for the Italian name, see update).

Her father is Carey Giudici, a professional writer/journalist that lives in Taiwan. (That explains where Catherine gets her journalistic talent.)

Here is his LinkedIn profile. He is bilingual in English and Japanese. Dad is where Catherine gets the “Italian” last name and Caucasian part of her ethnic mix.

Her mother Cynthia Mejia Giudici is actually a second generation Filipino-American, but her parents are originally from Pangasinan, Philippines. Ok, so there you have it! Situation solved!

Sean seems to like a little flavor in his girlfriends. He also dated African-American DCC Ryan Ray for a while.

7 thoughts on “What ethnicity is The Bachelor’s Catherine Giudici?”