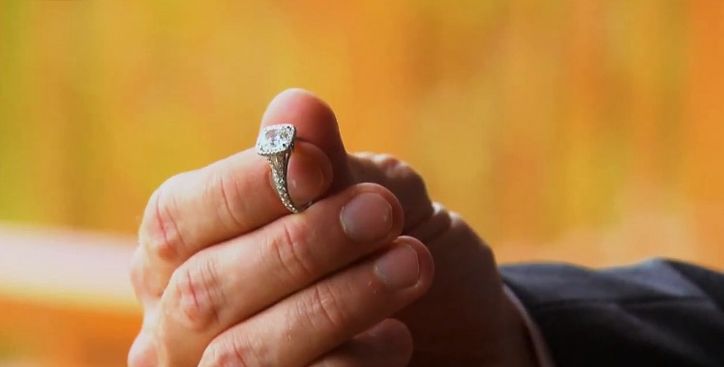 Chris Harrison has been teasing us all night that he has a “special announcement”…something that just occurred in the last 24 hours.

Live from L.A., he promises a “Bachelor first” (we LOVE a Bachelor FIRST!!!) surprise before the night was over. “Some late-breaking news about Sean’s status!” Well luckily Catherine isn’t pregnant because Sean is a “born again virgin” after all and saving himself for marriage. And it looks like he won’t have to save himself much longer!!!

“A marriage follows a proposal. We don’t have a date yet, but we decided that since our relationship started, cultivated and developed on a TV show, so we’ll have our wedding on a TV show. And ABC will cover the wedding,” Sean said as the audience exploded in cheers! (Its amazing how fast people will race to the alter when they are “saving themselves” for marriage.)

“You are going to get married. We don’t have a date, but very soon. As soon as we can coordinate everyone. [It’ll be] on ABC, and we are going to do this. Congratulations,” host Chris Harrison confirmed.

“One step at the time. I just got [this ring] back today. I don’t see why there will be any waiting period. I want to be his wife,” Catherine noted.

“I want to spend the rest of my life with her. I can’t wait to have the wedding. If it were up to me I’d have it at the court house, but the wedding is all about the woman,”

Sean says on his feelings about a wedding.

Yes!!!! We love it when Chris Harrison officiates a wedding!!! It is the ultimate situation to be handled!!!

Catherine joked that Chris could marry them here and now saying:

Yay!!!! Another successful match for ABC!!!!