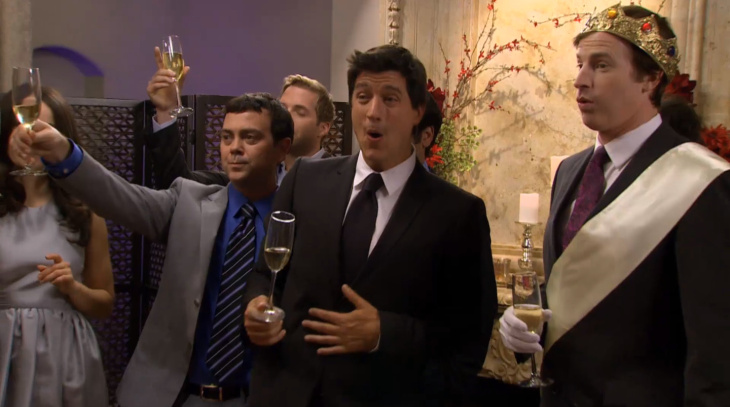 Yahoo, delivers once again bringing back many fan favorites from previous seasons to compete for the giant cash prize including Bachelor Ken Marino returns and his new fiance “Julie” June Diane Raphael.

Haley, the salon hair washer that got ejected for entering into an “inappropriate relationship with several members of the production crew” is back and this time she has her panties on! And she is so committed to not hooking up with anyone that she has gone off the pill!

We have to give Burning Love: Burning Down the House our coveted 5 clasped hands for being such an amazing situation!

Luckily you can still watch it here on Yahoo.

We give it a coveted 4.5 out of 5 clasped hands for being an amazing situation!!!