Ryan Lochte and Jamie from London? 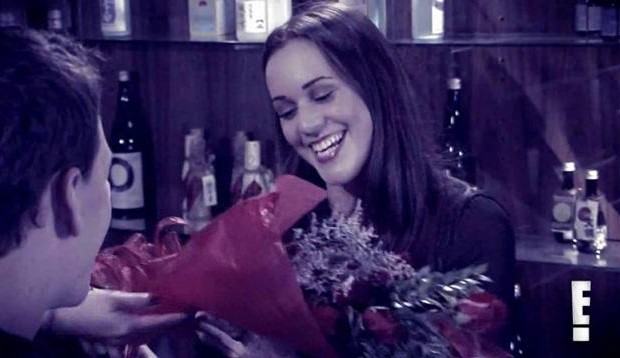 Ryan Lochte took the world by storm last week with the premiere of his new show “What would Ryan do?” and right as the show ended Ryan dropped a bombshell–that he has been in a quasi relationship with a “Jamie from London” for 4 years now. Naturally ladies everywhere scrambled to their keyboards trying to find this elusive “Jamie from London”. So let’s start with what we know:

1: It would be someone he would have been out with in London

2: Her name is Jamie (unless Ryan is punking us–entirely possible)

We also saw in the previews that she had brown hair (but again I’m not sure if we should take that too seriously).

So one possibility would be this girl he was spotted with as the 2012 London Games were closing. Ryan Lochte, the 28-year-old gold medalist was spotted leaving director Guy Ritchie’s pub, the Punchbowl, in London with this mystery lady. The pair then headed over to the Rose Club in the back of the taxi according to the UK Guardian where the pair reportedly stayed until the wee hours of the morning.

UPDATE: His girlfriend in London is Jamiee Hollier But, I’m not betting on that London mystery girl.

Here he is at a pool party to remember at Azure at The Palazzo in Las Vegas this past August.

He also celebrated this birthday in …. LONDON. Here are two pictures from that evening of Ryan celebrating his 28th birthday at Planet Hollywood in London. He later went onto Mahiki nightclub with a brunette beauty.

But Ryan was also spotted with a mystery girl at LAX. But it looks like none of these girls are “Jamie from London”. If you want to see Jamie watch the below video and you can see the girl that stoled Ryan’s heart.

Who has Ryan Lochte dated?

Ryan Lochte was seen alongside Lauren Conrad and Kristin Chenoweth front row at the Rebecca Minkoff Spring 2013 fashion show during Mercedes-Benz Fashion Week at The Theatre at Lincoln Center on Friday (September 7) in New York City.

Jef Holm the next Bachelor?

Sean Lowe takes Catherine Giudici out for a romantic birthday