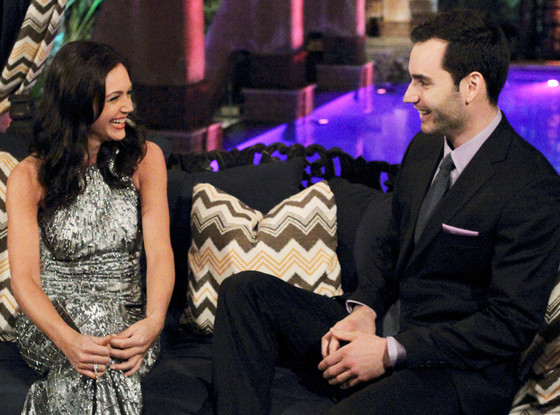 In part 1 of the finale, Forester after visiting his family comes back and drops a bombshell on Hartsock in Antigua, who tearfully replies, “Why now?”

The remaining portion of the two-part finale began with a crushed Desiree trying to figure out if she could continue on her epic 9-week journey to find love after 28-year-old Brooks aka choice number one leaves.

Desiree is forced to tell the two finalists: “He [Brooks] actually chose to go home on his own yesterday… and it was a surprise and it turned my world upside down ’cause we are at this point…. It goes to show that love is unpredictable and it is a two-way street.”

After telling the two men about Forester’s decison, Hartsock breaks down.

Sadly, unlike in previous seasons where the lead is ALWAYS in love with choice number two Desiree has admitted she is not in love with either Drew Kenney or Chris Siegfried despite their willingness to commit. This is quite a mega-situation as Desiree has a rose ceremony this same day.

But in one of the most shocking finales ever Desiree chooses her 2nd choice Chris Siegfried!!!

And it sounds like the two are happy and engaged!

Siegfried finally got to tell the world he and desiree are engaged telling the audience he “couldn’t be happier.”

Chris was not deterred by her feelings for Brooks.

Hartsock revealed she’ll be moving to Seattle this weekend, where the couple has found a place to call their own.

Siegfried (an enneagram4, the Romantic) also presented her a brand-new poem framed with the dried petals from all the roses he received as all the ceremonies.

On July 30, Hartsock also sent out a mysterious tweet, hinting that she is happily engaged. “Hearts may break but spirits stay high.. Stay tuned next Monday for the finale! #happytears #thebachelorette”.

This is for sure the strangest finale situation ever!