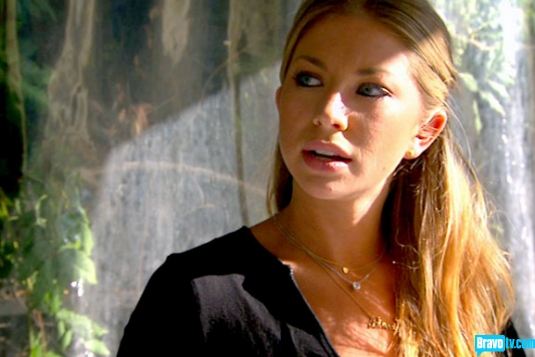 Stassi Schroeder is the 25-year-old LAProfessionModel, Fashion Writer and  actress from New Orleans.

She has had a diverse acting career and has been acting since the age 11. She starred on The Amazing Race, with her father, her step-mother, Char, and her brother.

And in 2010, she started working at Lisa Vanderpump’s restaurants Sur and Villa Blanca, and was cast on the series Vanderpump Rules in 2013.

She also works for Vanderpump’s daughter, Pandora for The Divine Addiction.

Stassi was in a tumultuous relationship with cast-mate Jax Taylor.

TMZ just reported that the stars of VP Rules now make $5,000 per episode but Lisa Vanderpump and Scheana Marie just spoke out on the salaries of the Vanderpump Rules cast members and claim that it’s “way more”.