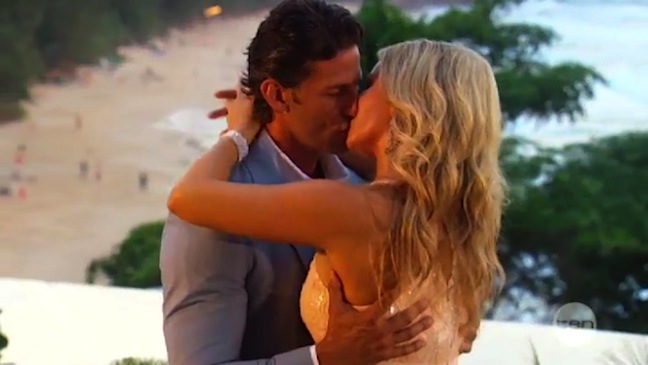 The Bachelor Australia cast 30-year-old Tim Robards, a successful Chiropractor from Sydney who courted 25 amazing Australian ladies in his search for love.

The show was hosted by Osher Günsberg–aka the Australian Chris Harrison–it’s no secret we love the situation arbiter.

Tim ultimately had to choose between 27-year-old Perth-born model Who is Rochelle Emanuel-Smith and 26-year-old criminal lawyer Anna Heinrich.

Tim ultimately proposed to Anna amid the idyllic surroundings of Phuket, Thailand.

“It feels so good to finally be able to acknowledge what my heart is feeling, and you have my heart”

“I have fallen madly and deeply in love with you. Anna, I love you. It feels so, so, so good to be able to say it.”

Reports had been circulating for weeks that things had already fizzled shortly after the show aired during the 10 weeks the couple had to go into hiding.

Rumors began to surfacing about Robards seeing his ex-girlfriend and was partying like a single man at the Melbourne Cup horse racing carnival, but it looks like the two are still going strong–thank God! Heinrich told news.com.au that she and Robards are “100 per cent still together.”

“We’ve been having secret rendezvous which is like a must, and we’ve been speaking to each other every single day, texting all the time,” the 26-year-old criminal lawyer says.