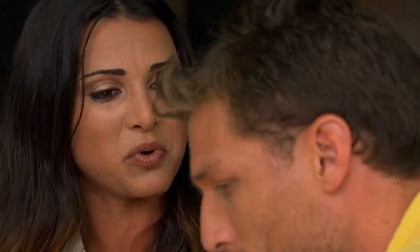 WOW! ABC is fast! We just saw 26-year-old Buckhead, Georgia girl and criminal attorney Andi Dorfman totally diss Juan Pablo Galavis after a disastrous Fantasy Suite date and no sooner has she left The Bachelor she has been cast to be The Next Bachelorette!!

Andi has taken a break from her law practice, mid-murder trial, as a criminal prosecutor to lead in the next season of The Bachelorette according to TMZ.

TMZ obtained a reply letter from Dorfman’s boss, District Attorney Paul L. Howard Jr., to her request for a leave of absence to film the Bachelorette. WOW! Was that a Freedom of Information Request? This is definitely what FOIA requests were meant for–figuring out who the next Bachelor/Bachelorette will be! The letter said that while her request is “highly unusual” he is willing to grant it.

Her leave-of-absence came with a serious condition– that she return no later than May 31 and that she would not be paid. But leads often make in the 6 figures for their role on the show.

ABC is expected to make the ‘official’ announcement during the After the Rose special on March 10 .

Currently, Andi is the Assistant District Attorney in the murder trial of rapper Lil Phat, reports TMZ.
Andi ditched Juan Pabs after he blew the Fantasy Suite in an unprecedented way. She said this the morning after the FSD:

“Waking up this morning I could not wait to get out of the fantasy suite,” she told the cameras.

“It turned into a nightmare.  I saw a side to him that I didn’t really like and the whole night was a disaster.”

Andi complained that Juan Pablo Galavis never asked her any questions about herself, like her political views or her religion. Hopefully the next set of guys will know Andi is Jewish.

Monday we get to see Andi confront Juan Pablo yet again on The Women Tell All! Can’t wait for the cross-examination to begin!

On After the Rose show on March 10, host Chris Harrison asked Dorfman if she’s ready to find love in The Bachelorette’s 10th season.

“Are you prepared to come here, find love, and make that happen?” ….. “And that’s not a guarantee, but you have to enter into it with that feeling.”

“I am. Absolutely,” Dorfman said. “I feel all in. I feel mentally all in, emotionally all in, physically all in. I am in the place in my life where I am just so ready for this. I hate to say it because I don’t want to jinx myself, and be like, ‘I’m so all in and if this doesn’t happen it’s the end of the world.’ But I am ready. I have never felt better in my life about this, and I’m just excited.”

“I think it can happen anywhere, especially on a show like this. I mean, why not?” she added. “At the end of the day, I can’t wait to hopefully say, ‘You are the one. This is a wrap.’ I can’t wait for that moment.”

1 thought on “Andi Dorfman the next Bachelorette!”