Ben Flajnik has a new girlfriend! 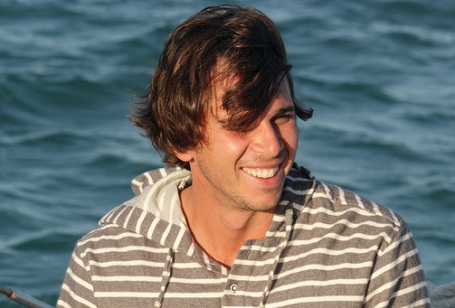 So 31-year-old ’Bachelor’ star Ben Flajnik has been making headlines because of his super cozy relationship with 58-year-old Keeping up with the Kardashians star Kris Jenner, but while fans were preoccupied with whether Ben was dating Kris Jenner or not we ignored the fact that he had a REAL age-appropriate girlfriend. Ben is currently dating 25-year-old Stephanie Winn from San Francisco, California. The two are apparently very close and could be getting engaged at any moment. Ben has been posting photos of his new amazing lady to Instagram. He even recently introduced Stephanie to his mom, Barbara Flajnik. Here is a pic– Instagram of him and the women at Buena Vista Winery in Sonoma, CA. “Meet the parents. @stephwinn #winnwinsituation #babs,” he captions the shot.

Wonder is she met sister Julia Flajnik? Remember her from our ‘pearl necklace predictions’?

We know she attended the University of San Francisco and got a Bachelor of Arts (BA), in Psychology in 2013. Well let’s hope that Stephanie does not have a case of Borderline Personality Disorder combined with an inability to keep her clothes on like ex-girlfriend Courtney Robertson appeared to possess on his season of The Bachelor.

Here are some related situations from the Courtney Robertson archives:

What is Kristen Taekman's net worth?

How much is Andi Dorfman being paid to be The Bachelorette?