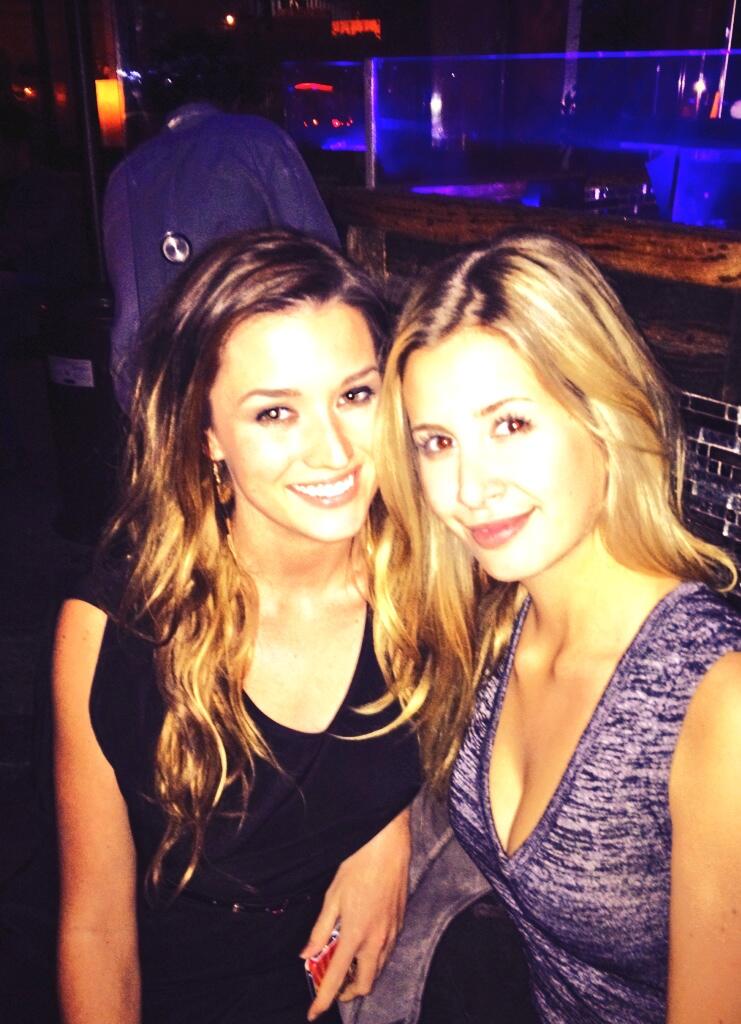 Just because Vanderpump Rules Season 2 is over does not mean that the drama does not continue…and it continues on Twitter where all situations are handled.

Anyhow, Jax Taylor and new girlfriend Carmen Dickman just announced over Twitter that they were breaking up after a whirlwind relationship of 2 months of dating. The 34 year-old actor/model on Vanderpump Rules, started dating the 23-year-old law student/model Carmen in mid January…(reported here first BTW on January 19th way before RumorFix!

The two allegedly moved in together and began blasting the new relationship all over the social media interwebs.

So look, something always seemed a tad bit off about this relationship. Jax and Carmen seemed all too happy to flaunt their new love to the world (not that we did not appreciate that), but it just felt a little ‘trying too hard’.

So we were contacted by a show insider who told us that actually Jax was dating another girl, 28-year-old Tiffany Matthews an Event and Logisitics Manager for the Hyde Bellagio in Las Vegas, Nevada when he began dating 23-year-old Carmen.

I mean not that it would be unusual for Jax to begin a new relationship without ending another one, but still it seemed a little too head over heels too fast after being head over heels for Tiffany.

So allegedly Jax started dating Tiffany in July. On July 23rd, he was talking about Tiffany when he changed his status to ‘in a relationship’–shown on The ‘Secrets Revealed’ show.

Our source said this:

“Yes, this was Tiffany Matthews . They had a connection from the start.’ …‘He continued to date her until January. He even admitted to the public that he didn’t mention her because her privacy was important to her. He took her on a very romantic getaway to Mexico in the fall and viewers started asking. He said he wanted to protect her privacy.”

“She and Jax dated for six months. However, he never (in public) said that she was his girlfriend. He wasn’t shy about putting pictures of them on his Instagram, but the show was in the middle of the season and the Bravo producers did not want him to spoil the shows endings.”
Ok, so according to her enter Bravo producers turning everyone at SUR into head hunters looking for a replacement for Stassi. Matt Cutshall, who works at SUR presents Carmen Dickman as a possible replacement and tada! Problem Solved.

The source claims that the relationship began the day after the reunion was filmed. Ding, ding, ding!

And that she thought they were still together and was waiting for his return to Las Vegas. He then had to ‘call and break things off.’

So, we had a little bird say that he was heading to Vegas and this may be a ‘situation’ , and….Here is Jax Taylor’s Twitter post from Friday. So did Carmen really like Jax and have the rug pulled out from underneath her?

A trip to ‘Vegas’ where his ex-girlfriend lives and a sudden breakup announcement via current girlfriend Carmen–NTM a little dig at Jax about not getting his name tattooed. I’d say 1 and 1 is 2 here. At any rate Carmen is the real winner here. She got a lot of publicity in a short amount of time and she can walk away hopefully before being ‘jax-ed’.