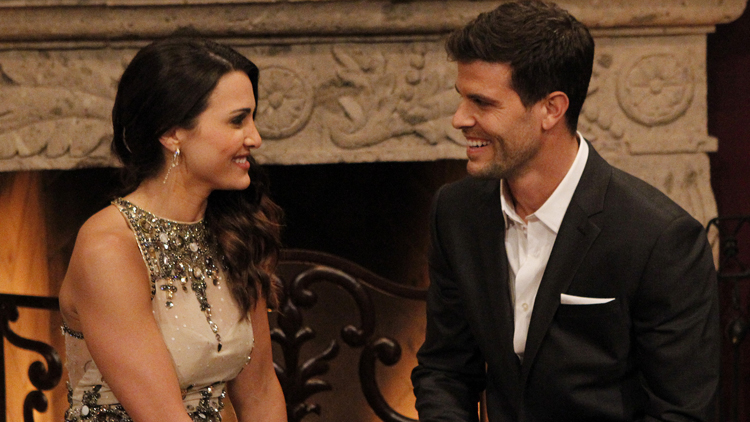 We have been anxiously waiting to find out if Andi Dorfman and the remaining contestants on this upcoming season of The Bachelorette have learned about the death of fellow contestant 32-year-old Eric Hill who died last Wednesday after a paragliding accident left him in a coma over the weekend in Utah.

Contestants are typically kept under a very tight lock and key during the taping of the show to keep them from communicating with the outside world or letting outside world situations effect them.

However, when Eric Hill died host Chris Harrison said producers felt compelled to break the rules and tell star Andi Dorfman and the men still on the show.

“We never would have kept it from them,” …… “He was a good friend of theirs. Absolutely, they know.”

Harrison said that the crew was spread around the country on Hometowns:

“We’re not sure 100 percent of how we’re going to deal with it. We’re doing our best and we made the best decisions we could at the time. It’ll be interesting to see how it plays out,” …. “We did the best we could trying to be as honorable and decent to the family and to him. It was really something we’d never dealt with before but we did it as delicately and respectfully as we could.”

“They’re still dealing with it, still making decisions and trying to come to terms with it because his funeral was a few days ago we all decided, ‘Let’s deal with this and get past it and heal ourselves,” he continued. “Everybody’s very emotional right now and that’ never a good time to make a final decision.”

“It was horrifying. It  was unbelievably tragic and sad. He was a great guy who sucked every ounce of life out of every day and really lived it to the fullest.”

Thank you Chris Harrison. Once again, handling the most delicate situations with the utmost professionalism. It remains to be seen if ABC will edit Eric’s time as a result of his death, but according to Reality Steve Eric’s exit is a bit controversial.