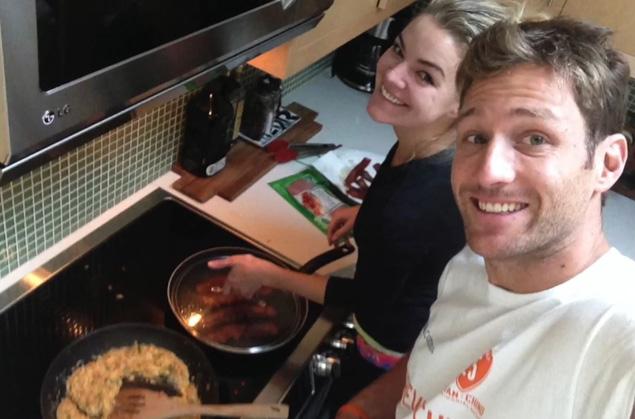 Baby Steps Bachelor Nation, baby steps. We have to just take things as they come with 32-year-old Juan Pablo Galavis who famously declared “I like you, don’t be cranky” to winner and potential fiancé-to-be Nikki Ferrell on The Bachelor Finale. And things only got worse on the AFTR episode where Juan Pablo would still not declare that he loved amazing lady Nikki Ferrell.

Even Chris Harrison was shocked and alarmed at Juan Pablo’s inability to make a ‘love’ declaration.  “I’m not going to answer that question,” Juan Pablo told Harrison. “People don’t understand that this is real life…We are happy we had the opportunity.”

But take heart Bachelor Nation Juan Pablo Galavis has finally declared that he “loves” the pediatric nurse from Kansas City, Missouri according to a source at Us Weekly!

The two appeared on the red carpet of the Michael Jordan Celebrity Invitational Gala at Aria Casino Resort.

An insider claimed: “They Skype and text every day and are in constant contact.”

“They were kissing and he had his arm around her,” the insider says. “It was very touchy-feely.”

Well this is good news considering we heard that Nikki Ferrell was trying to get pregnant!