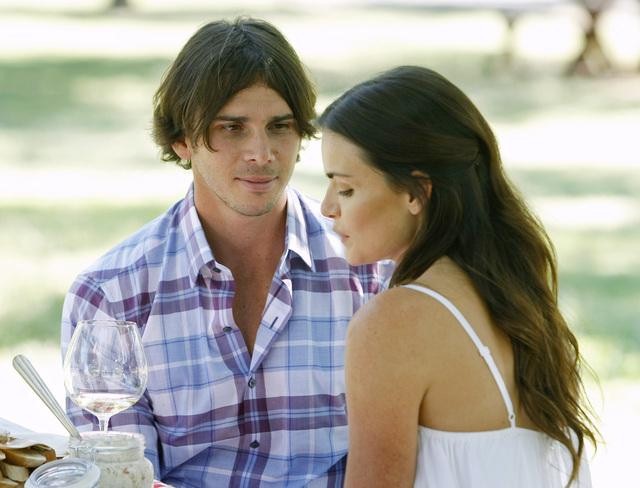 Well 2 years after infamous Courtney Robertson made headlines for making more than a few of her cast members upset by her rather ruthless behavior she is STILL not making any friends with members of Bachelor Nation.  Season 16 Bachelor star Ben Flajnik is a bit angry that his ex-fiance is revealing all the intimate details of their sex life in her tell all book I Didn’t Come Here to Make Friends: Diary of a Reality Show Villain. In the book she admits to having intercourse with Ben on the show and claims one only lasted a few seconds.

Ben claims the book is “a new low” and called their relationship “a nightmare.”

He went on to say in a Washington Post interview:

Unfortunately, things like Courtney’s book and things you don’t expect are going to come out of the woodwork when you thought everything was said and done … it’s disappointing, that’s all. You would expect people that you knew along the way to take the higher road, but I don’t know — everybody’s different.

Ben has a legal team looking the book but I am guessing Courtney did that herself and doesn’t have anything to worry about. But Ben clarified it was just a security measure and was unlikely to result in legal action.

“I’m not going to get into legal battles or something to draw more attention to it.”

But he did comment on the absurdity of the interest around the book saying it’s “kind of silly and sad,” pointing to the brevity of the relationship. “I’m a bit baffled at why [Courtney] would want to portray herself in this light.”