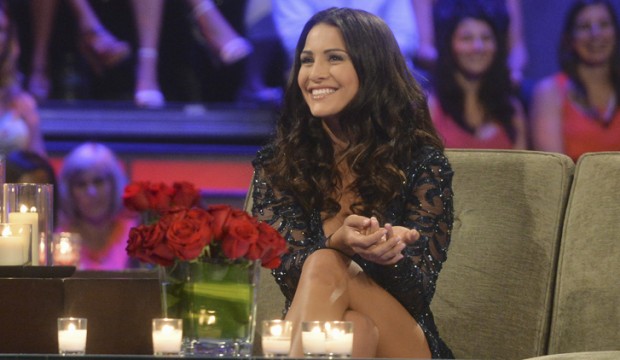 Bachelorette Andi Dorfman is engaged although we don’t know to whom, but according to Life & Style magazine Andi received a proposal and a 4.4-carat Neil Lane engagement ring valued at about $100,000.

The source describes …. “It is absolutely stunning,” and her fiance was so nervous presenting the “huge rock with a halo of diamonds” that he was shaking. He was “excited, but seriously shaking, he was so nervous. Andi thought it was adorable.” A source is claiming she allegedly chose the ring herself before filming the finale.

“The guys always pick one to two final rings from the selections on the finale episode, so at least the Bachelorette will be guaranteed to have one of her favorite choices.”

According to People magazine, the couple has to sign an agreement that if they break up within two years, they must return the ring. Josh Murray's grandfather cheers Josh on tonight on The Bachelorette!