How much did Andi Dorfman’s engagement ring cost? 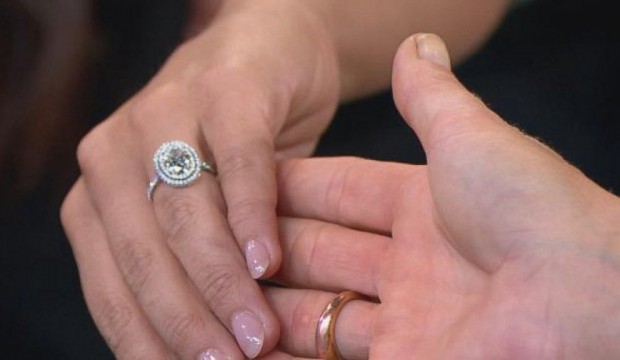 There’s no question Andi Dorfman seriously scored this season of The Bachelorette. She got ridiculously hot fiance that lives 5 minutes away from her in Atlanta and she got the most expensive Neil Lane engagement ring in the show’s history. The ring is a Neil Lane Classic Double Tiered Oval Shaped Diamond, Platinum Ring according to ABC News. It’s a three carat oval cut diamond surrounded by 154 round cut diamonds and the platinum band is also studded with diamonds.

“It’s a pretty big deal. I might as well tell him [what I want] if we’re getting engaged!” Dorfman told ABC News, adding that she “could not be happier” with his pick. “Normal couples would go ring shopping or talk about it, so I’m like, ‘Round, halo, maybe triple shank.”