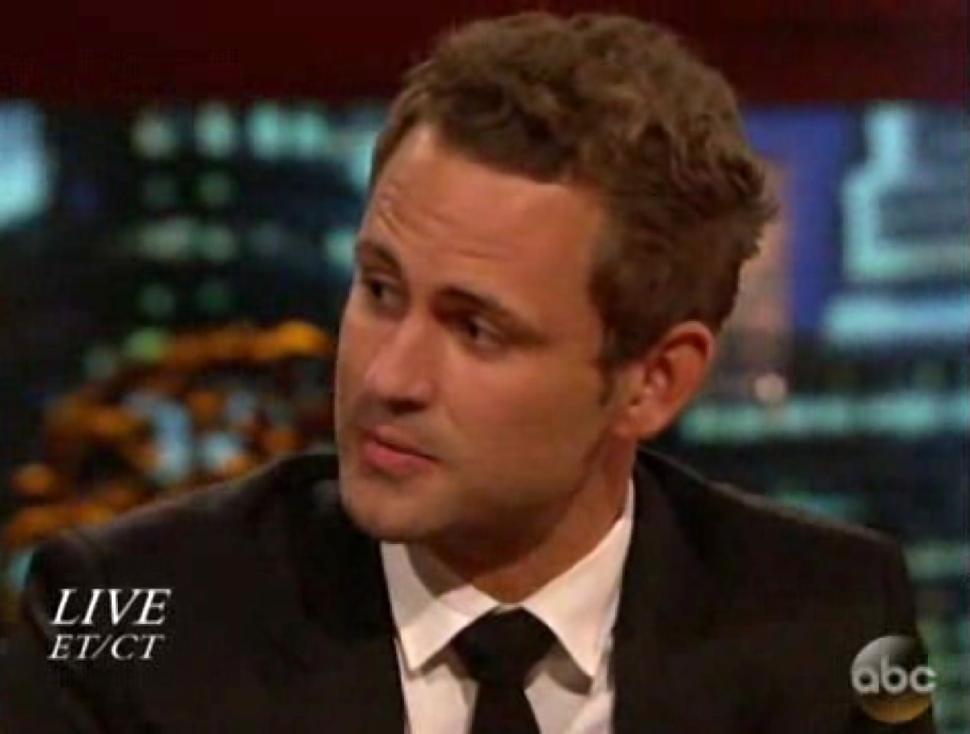 One of the biggest situations last night on The finale of The Bachelorette and the live After the Final Rose special was Nick Viall.

Nick was devastated when Andi showed up to is hotel room to end things pre-rose ceremony. He had been pretty confident all season in his connection with the 27-year-old attorney–perhaps too confident.

So after the show finished taping Nick contacted the show a month and a half ago to try and get in touch with Andi and change her mind. I think he was really hoping she would pull a Mesnick last night but it just didn’t happen.

Here is what Chris Harrison said happened off camera in his EW blog:

“That was the first time I sat down with a producer who let me know that Nick was still very much interested in Andi and he wanted to talk with her. Nick called me and we talked for a bit about how he was doing, and he let me know his feelings and how he really wanted to get some closure with Andi. At the time Andi was in Mexico and she was just beginning her new relationship with Josh, so she didn’t think it was the appropriate time.”

And Chris Harrison, the consummate situation handler, handled this with the utmost professionalism and decorum.

“I understood both sides in this case. Nick essentially had a Band-Aid just ripped off of him and there was no closure whatsoever. He was being extremely cool about the whole thing and his approach was kind and respectful, not angry or vengeful. Because of that when he showed up to talk to Andi at the Men Tell All I sat down to talk to him. There was obviously a lot more to the conversation that you didn’t get a chance to see, but you got the overall idea. But one thing that wasn’t shown is how I explained to him that although I respected his emotions and thought he was handling this very professionally I made it very clear that I respect Josh and his relationship with Andi.”

Nick is clearly not a fan of fellow contestant Josh Murray.