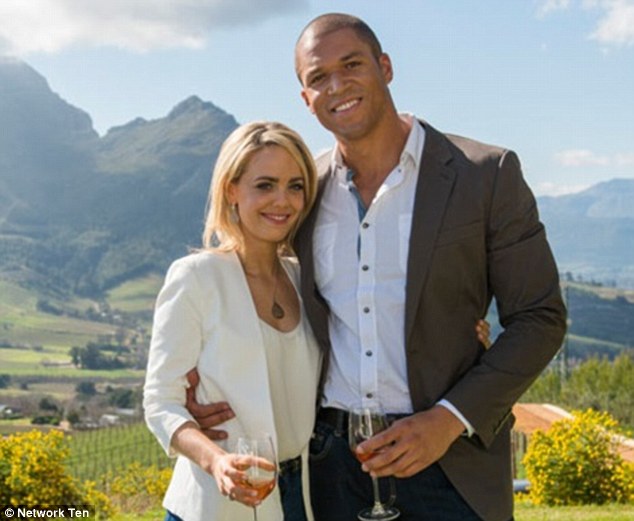 The Bachelor Australia season 2 just finished airing 2 weeks ago and Bachelor, 31-year-old Perth real estate auctioneer Blake Garvey enraged fans by dumping his final choice Sam Frost a mere 2 weeks after the proposal! But not to worry he did not leave the Bachelor franchise to find a new girlfriend. He has reportedly moved on to 3rd place contestant 26-year-old Louise Pillidge.

Interestingly Pillidge is the only contestant that winner 25-year-old financial consultant Sam Frost has not stayed in contact with since the show ended.

“Lou’s the kind of person who just wants to hang out by herself, she’s happy to be by herself, so it’s not really out of the ordinary,” Frost told News Corp.

Garvey proposed to Sam Frost on the show’s finale, but broke up with her 2 weeks after the show ended (2 months ago).

The “source” at New Idea contends that the producers on the show had been “pushing” Garvey to pick Sam Frost over Louise Pillidge.

“Being back in reality, in a long-distance relationship, having unfiltered contact and really getting to know each other more … highlighted that Sam is someone I absolutely love and care for but not in the way of a romantic partner,” Blake told Woman’s Day.

“I realized there was a change over the six weeks – the chemistry changed.”

“After the show finished airing Blake rang Sam and told her he thought he made the wrong decision, that he thought he should have chosen Louise, and that production pushed him to choose Sam,” the source said.

Wow! Well I think it’s not unrealistic to think that the producers were pressuring Blake to choose a fan favorite, but what did they do?!—to get him to propose to a girl that he was not in love with?

Frost claims that she was totally blindsided by the sudden break-up.