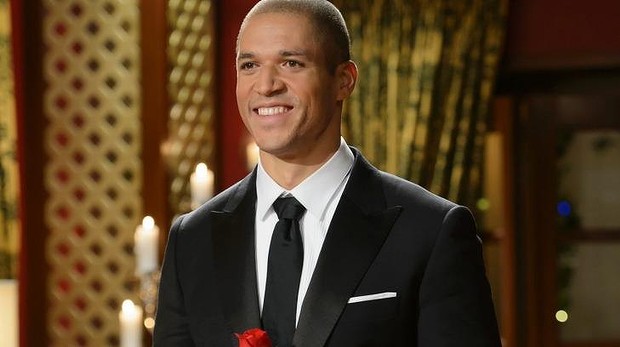 Occupation: Estate agent and auctioneer, ex-male entertainer, “Network Ten can confirm that Blake was involved with Alpha Male Entertainment before being cast as Ten’s 2014 Bachelor,” network executives said in a statement, as quoted by Sydney Morning Herald.

He was raised by a single-mother and grandmother. Mom told him “Have fun, and be respectful to the girls”, prior to going on the show.

Ethnicity: Mom is Aussie, dad’s from New Orleans, and is African American.

Dad moved back to the US to be with his other family when it didn’t work out with Garvey’s mother, Andrea. He has a half sister Karen Jones.

Blake is now dating 26-year-old Event Planner and 2nd runner-up Louise Pillidge after breaking up with fiance Sam Frost 2 weeks after the engagement.