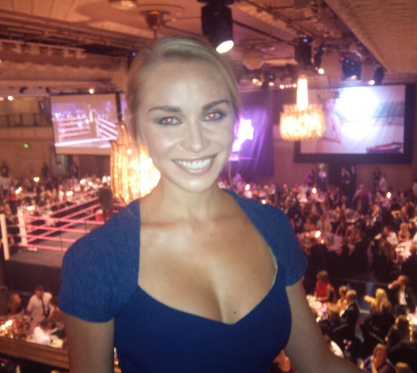 American born model, Elizabeth Noelle Reno is certainly one of the biggest situations on the premiere season of Ladies of London. She is the daughter of Special Assistant US Attorney Don Reno.

Her degree is in Communications from the British American College of London Regents Park, but her expertise is in landing wealthy, well-connected men. The girl certainly knows how to work it. She is a fashion entrepreneur and socialite and has found herself connected to some very powerful men.

Back in 2004 at the age of 20, she dated billionaire banking heir Matthew Mellon.

Allegedly Noelle upgraded from Matthew at age 25 to supermarket billionaire 53-year-old Ronald Burkle. Noelle filed a police report claiming Matthew was harassing her after he claimed she was using him as a “cash machine”.

But eventually her and Matthew got back together and engaged and then broke up soon after in 2008. The two had launched a sweatsuit line together and Noelle wanted £30 million for her half. Matthew asked for all the jewels he gave her and in response Noelle claimed he went on crack cocaine binges in documents submitted to the court.

Matthew proposed to one of Noelle’s close friends two months later and eventually they reached a settlement.

The 51-year-old fixer was in the midst of a divorce from 48-year-old former fashion mogul wife Michelle as the show was being filmed. But the divorce has since been settled officially.