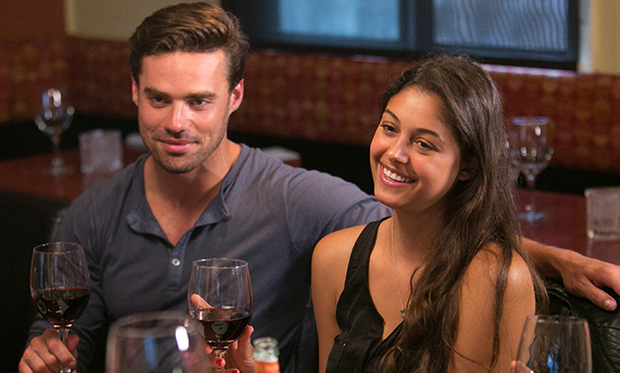 Last night Bachelor Canada Tim Warmels, 28 finalized his 9-week journey to find love and proposed to 27-year-old April Brockman after a pretty epic cliffhanger last week and the two lovebirds emerged from 6 months of hiding and sneaking around to publicly announce their relationship.

We love the hiding period. What could be more exciting than having a secret life partner that no one knows about but everyone is wondering about.

So now that the new couple has surfaced what have they said about the 6 long months of sneaking around?

Tim claims in an interview today that he went into the proposal not knowing what the outcome would be–although it’s hard to imagine that there was not some pillow talk.

Tim said this about the moment he fell for April Brockman in Simcoe.com:

“There was a very particular time that I knew I had really fallen for April, but you know I didn’t know it was going to happen until the very end,” he said. “There was a letter that April gave me the day before the proposal…and it said ‘you follow your heart in the moment and I’ll follow mine.’ And that was really her telling me ‘if you choose me and if you propose…I can’t say what I’m going to say.’”

So the couple has been sneaking around wearing wigs….of course what better way to make two people even hotter for one another.

“(There’s been) a lot of secret dates, a lot of top-secret dates with close friends and family, trips out of town. It’s been difficult, but we’ve made it work and if anything we’re closer now than we’ve ever been.”

The couple claims to be planning their wedding for September or October.

“We want a fall wedding,” Tim Warmels said. “Because we’ve had to be in secrecy for all this time we haven’t been able to plan anything.”