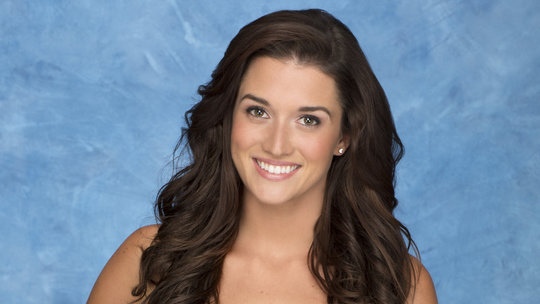 Ok, so Spoiler Alert….sort of.

Bachelor 19 Contestant, 27-year-old Playboy model, Jade Roper posted pics of her Hometown date in Gering Nebraska with Chris Soules all over her Facebook and her Hometown date was talked about on a local radio show, NTM Chris Harrison spilled the beans in his blog so I have to assume ABC is Ok letting that cat out of the bag.

Thanks to Bachelor spoiler Reality Steve we learned that Jade Roper has quite a past as a nude Playboy model which it does not sound like Chris Soules’ or even producers may have known until almost the end—nice background checking ABC!

“When does Chris find out what Jade has done in the past, and is that the reason why he’s going to send her home?”

“Comment: Good question. The Jade date happens in the first four episodes, which would’ve been in the beginning of October in real time. I didn’t report and post the pictures of Jade in Playboy until the Wednesday, Nov. 5th column, which happened to be one day before the final four rose ceremony when she was eliminated. Coincidence? I don’t know.”

Additionally Bachelor host Chris Harrison told Yahoo TV that Jade “may have waited too long” to tell Chris about her Playboy past.

“She has something in her past that we will all learn about eventually, but she held back from telling Chris about it for quite a long time, and that might sabotage her chances with him.”

Look for the 5′-4″ hazel-eyed Prom Queen, now model to make it ‘pretty far’ this season, but not ‘all the way’.