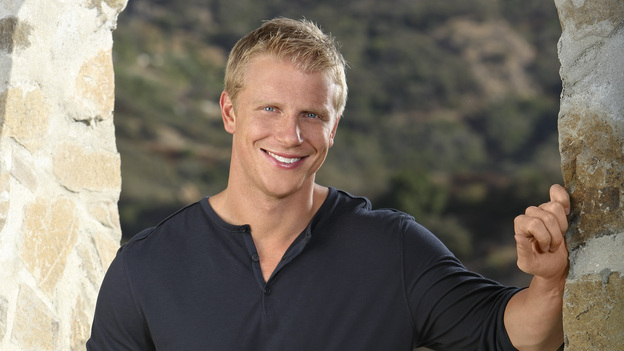 It’s hard to believe that Sean Lowe and Catherine Giudici just celebrated their one year anniversary in November. Sean was the show’s 18th Bachelor but the first to marry his match from the show. The clean-cut Christian Bachelor was praised by the New York Times for “reinvigorating the franchise.”

This is an exclusive guest post written by The Bachelor’s Sean Lowe.

Sean fell in love with Catherine Giudici and they married in a nationally-televised fairytale last January. But this is just the beginning for the newlyweds.

In his new autobiography, For The Right Reasons, Sean tells all about the backstage drama that fuels The Bachelor and The Bachelorette, how he overcame heartbreak to find his true love, and the personal struggles and Christian faith that have made him the man he is today. The Importance Of My Family

Starting my adventure on The Bachelor was a crazy feeling, but I felt reassured knowing my family was going to stand behind me and love me no matter what. Having the love and support of my family was a huge deal for me and I couldn’t have done it without them.

My Mom’s Reaction To Going On The Show

My mom didn’t really watch The Bachelor or The Bachelorette before I went on the show. She had a perception of it being a kind of sleazy, trashy TV show — and for good reason. My sister signed me up for The Bachelorette and then mentioned it to my mom, who said something to the effect of, “Sean, better not go on that that trashy show.”

I didn’t tell my mom that I was going through the casting process.I’m the type of guy that wants to try new things, and this seemed like a once-in-a-lifetime opportunity for me. I already knew what her perception of the show was, so I didn’t see the point. But…then it really got serious.

It came down to the last casting call, and I had a feeling that I was probably going to make it on the show. My mom happened to call me while I was in L.A. and said, “Hey, why don’t you come over for dinner tonight?” I had to break it to her, “I can’t because I’m in Los Angeles for the Bachelorette casting call.”

That didn’t go over well, mainly because I’d kept her in the dark about it, and she definitely had her hesitations about the show. But after it started to air on TV, her mind was quickly changed.

She saw that I could represent myself and our family in a positive way, and I could handle myself like the man of God that I tried to be. Going into The Bachelor, she was actually my biggest supporter and she was all about it!

Surviving a Break Up on National Television

I left The Bachelorette heartbroken, but luckily I had a great family to go home to. They just wrapped their arms around me and showed me they loved me.

Having your heart broken is difficult enough, but being blindsided by a break up and having cameras there to film it takes it to a whole new level. My family helped get me through that entire experience.

Support Through the Unknown

The same encouragement came from my family during my time on The Bachelor. No matter what decision I was going to make – whether I was going to come back single or engaged – I knew I was going to have their support. I also knew if I did propose, they were going to love the woman I chose. And they certainly do!

I think that support is what gave me the confidence to treat The Bachelor the only way I knew how, and that’s just to be real to myself. They helped give me the strength to be honest and genuine. Filming the show is really tough because you can’t talk to your family, but even though I couldn’t talk to them I knew they were behind me every step of the way.

Erika Jayne opens up about her son Tommy