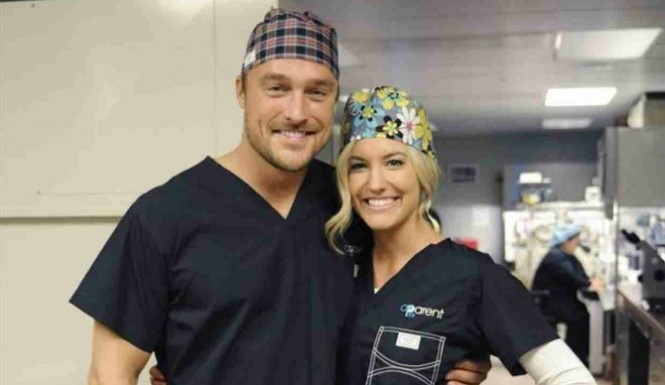 Congratulations to Bachelor Chris Soules, 33 and Whitney Bischoff, 29 on their engagement!!

Tonight Chris proposed to Whitney Bischoff in a barn on the Soules property in Arlington, Iowa. So after the epic finale everyone is dying to know about their future plans…ie, wedding, kids, etc. Soules spoke to PEOPLE magazine about the end of his epic 9-week journey.

“It would have been easier had there not been so many great women,” ….”It was a very difficult decision to be in.”

“Becca is in a different place in her life compared to where I am. That doesn’t make it a bad thing, and it didn’t change how I felt about her, but it’s about trying to find the person that you can see in your life and that you have the best chance of making it work forever with,” ….. “My sister said, ‘You’re not looking for a girlfriend, you’re looking for a wife.’ That’s the truth.”

In regards to why he chose Whitney…

“She was the person I could see myself with” …. “Whitney is my soulmate. It became even more clear at the end. It just felt right.”

Now the 9 weeks of hiding have come to a dramatic end and the two can be out in the open.

“I’m relieved that this is over,” Bischoff, says. “I’m looking forward to the life that we’re going to start. I think a lot of great things are going to happen.”

Whitney does plan to relocate to Chris Soules’ hometown of Arlington, Iowa, where the two hope to start a family soon. “I’m ready to be a dad,” says Soules. “I’m 33. I think I’m past due!”

The two was not sure about wedding plans just yet. “I don’t think you can put a time limit on something like that. When we feel it, it will happen.” Soules said. “We had this great love story that now we get to build upon and start a new love story in real life.”