Who is Bachelorette contestant Ben Higgins? 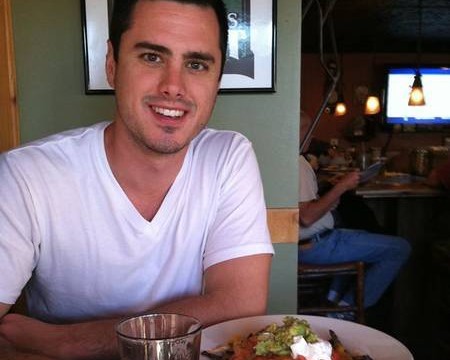 Who is Bachelorette contestant Ben Higgins?

Ben Higgins will star on season 11 of The Bachelorette and it looks like he will be a fan favorite from the Bachelorette forums. First of all, he is very clean cut and very Christian.

Ben was born Benjamin Edward Higgins on March 23rd, 1988 and just turned 27. He is the only child to mother Amy Diane Higgins and father David E Higgins.He now lives in Denver, Colorado but grew up in Warsaw, Indiana in Kosciusko County and graduated from Warsaw Community High School in 2008. While in college he was very active: He founded a Basketball club. He was the President of the Student Association at Indiana University. He was also the Director of Faith Based Affairs International Volunteer Head Quarters Volunteer in Cuzco, Peru.

He even worked as an intern at the Warsaw Community Church, but now works in software sales in Denver. He is also very tall! Ben is 6’5″ tall and adorable.

He did have a girlfriend from 2012 to 2013 and it seems from social media that he was really into her–so that could be a situation. Her name is Shaelin Jaid Adams —was also a student at the University of Indiana and still lives in Indiana now–seen below–so hopefully we will get some more details on that.

He also has a great relationship with his mom Amy. His ex-girlfriend tweeted “Best boyfriend award goes to @benhiggi. Surprised Momma Higgins & I with flowers at the spa today”

His parents live in Winona Lake, IN.

It looks like Ben will be a top contender for sure this season.