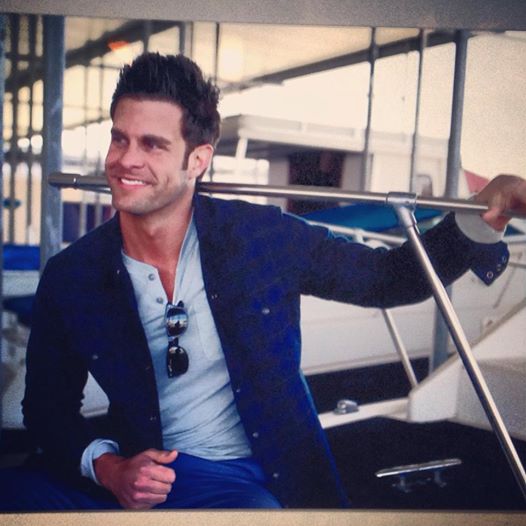 We are just now getting the complete list of guys that will star on The Bachelorette 2015 season and one of the last guys to be revealed is 29-year-old Joe Bailey from Glasgow, Kentucky and he looks like he is going to be a situation. For one he is a huge Bachelor/Bachelorette fan and for another he has a wicked tongue.

In fact last season he tweeted:

“@joebaileysego   I would totally appear on the bachelorette to fall in love with @AndiDorfman if that be the case. Help Make this happen @chrisbharrison.”

So he has wanted to be on the show since last year. “I don’t know what’s gayer me watching the bachelorette or listening to this guy read his poem!”

Anyhow Joe is originally from Columbia, Kentucky but lives in Glasgow, Kentucky. He studied Business Finance at Tennessee-Martin and Graduated in 2010. And guess what his occupations is?

As far as his religion he made an interesting comment in his ABC Bio:

“What is your greatest achievement to date? Being able to donate money to my sister’s mission trip this past summer. ” So there is a good chance he is a Mormon. I am still trying to find his sister.

And it looks like he owns some horses in Kentucky because he posted this a few months ago: “A filly by discreet cat that I purchased last week at the keeneland September yearling sale”. So he must be fairly wealthy if he can afford to purchase high quality horses.

And last may he posted: “How ironic is it that the woman I want to marry is a wedding planner? #loveher.” So I am curious to know who that mystery woman is.

He posted this last June:

“I can’t wait till I can call my wife, ” my ole lady”!”…so it looks like Joe is ready to settle down.

It looks like he loves to perform and be the center of attention so he is probably going to be seriously fun to watch.

5 thoughts on “Who is Bachelorette 2015 contestant Joe Bailey?”