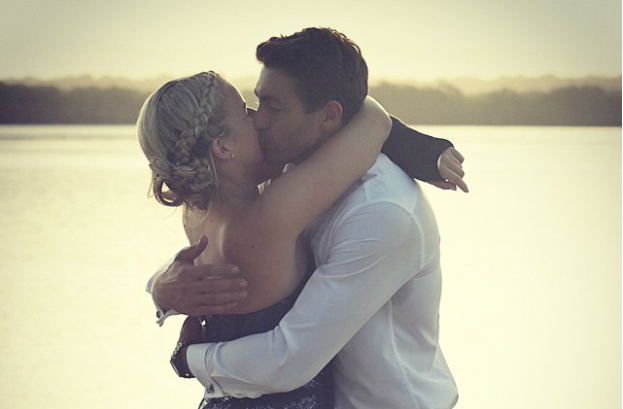 Last night on The New Zealand Bachelor finale Art Green proposed to 24-year-old Matilda Rice and she accepted. But there is already chatter that the relationship is over. All season there have been rumors swirling around about how doomed the flagship season was.

But Matilda claims that fans should ignore the rumors. What rumors?

“The most far fetched one I heard was that I won but then one week later, Art told me he was gay so I moved to Australia and hadn’t been seen since.”

I just saw this comment from a fan in response to a thread claiming Art was gay:

“From a friend of a friend (who knows him) I’ve heard he is just using the program to advertise his business, and you are on track with the team he bats for.”

But Matilda claims none of it is true.

“Now we’re just focusing on the now and enjoying each other’s company and seeing what happens.”

The couple has been meeting in secret at Art’s uncles house but Rice says the rumors have made things difficult.

“It’s so been so, so hard. The rumours have just been out of control,” the 24-year-old told NZME.

Well, I hope the rumors aren’t true and I hope the two are still in love, but I am a bit perplexed about why the two are not on a media tour right now.

As a side note ratings for the episode were the highest this season, with an average of 429,540 viewers for the finale.

“I just want to thank my friends, family and the rest of New Zealand for your incredible kind words and support throughout this whole experience! I’ve been blown away by how amazing you have all been. Thank you,” she wrote.

The Bachelor NZ After The Final Rose Special will air on TV3 next Tuesday at 7:30pm.