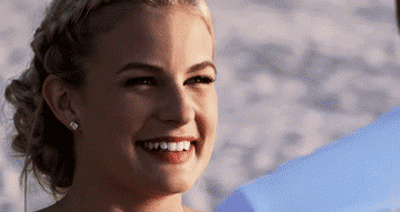 Ok so we now know the winner of the New Zealand Bachelor and the couple can emerge from months of hiding and now we get to hear the media interviews. Paul Henry speaks with Matilda Rice on winning Art Green’s heart on nationwide TV.

First of all there have been a lot of rumors that Bachelor Art Green is back with his ex girlfriend and that he and Matilda Rice have already broken up although producers are strongly refuting that claim, but now that the two can emerge as a “couple” we can look for some real clues. And clue number one on this interview is the fact that Art is not there!!!

Why is this interview exclusively with Matilda and not Matilda and her fiancé Art? And I love that Paul addresses the fact that she showed up with handlers! Are they there to ensure she doesn’t slip up and let the cat out of the bag?

And the show finished taping months ago so the two have continued their relationship in secret.

In this interview Matilda talks about how they have seen one another in secret at Art’s uncle’s house.

She also talks about the very awkward meeting with Art’s mom who appeared unapologetic about her favorite Dani on last night’s season finale.

Matilda concedes that watching the show she definitely got the “vibe” that Art’s family preferred Dani over her. Ya think?

As for future plans now she says that they plan to “take it day by day” as a result of all of the pressure. She claims it got “really tough at the end”. And BTW, she also says she is not pregnant.

The Bachelor NZ After The Final Rose Special will air on TV3 next Tuesday at 7:30pm.

Some details on her Michael Hill engagement ring