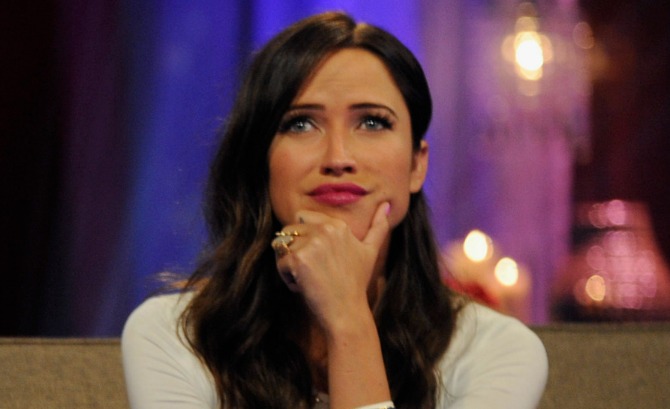 Talk about a situation! You are starring on a reality show to find a life-partner-in-9-weeks but you still have a boyfriend back home! The claim that 30-year-old Bachelorette Kaitlyn Bristowe was still dating ex-boyfriend Trevor Partlo during Chris Soules season of The Bachelor were bad enough when she was in the final 3, but now that she is the lead!

Radar Online is now claiming that Bristowe was dating Partlo when she was asked to lead The Bachelorette and that they were dating in late May and June. A source claims that Kaitlyn told Trevor that the promo showing she sleeps with one of her guys was just “hyped up” for TV. The source is also claiming that Kaitlyn met up with Trevor Partlo while filming the 2015 season:

“They were together in late May and early June, but it was hushed up … While the show remains on the air, Kaitlyn’s had to keep her continuing relationship with Trevor on the down-low. She’s going along with the charade on the show.”

So were Bachelorette producers in on it? Or did she pull one over on them as well? And is this the ex who was threatening to release racy nude photos of Kaitlyn? This also comes on the heels of reports that Kaitlyn was out partying with rock star Joel Madden.

The source claims Bristowe’s storyline with Nick Viall is fake. Well I don’t think the part where she had sex with Nick was fake so I am not sure I am buying that part. The source goes on to say:

“She can’t wait until the show is over and she can get back to Vancouver – and her firefighter beau!”

Ok, this is a serious situation for The Bachelorette franchise. I was saying from the beginning that Kaitlyn was giving me a little Borderline Personality Disorder vibe and I stand by that because this is crazy and sadly if this is true it is abusive and unfair to these men. My guess is the “source” is obviously someone in Trevor Partlo’s camp and Trevor is hanging on to what Kaitlyn has told him, but I don’t think Kaitlyn can be trusted for a second. I think she is telling everyone something different.

Remember when Shawn B said “your actions are not matching your words”…..yeah…I think I agree.